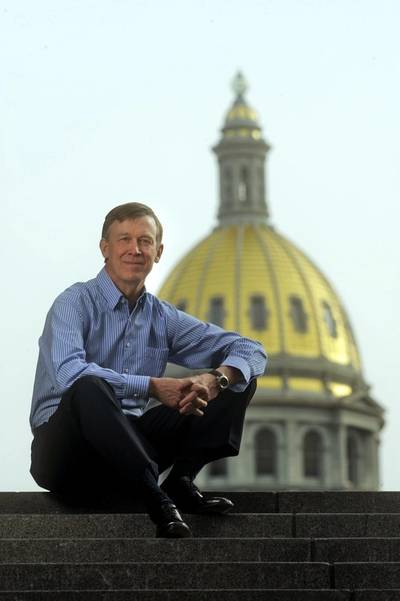 Colorado Gov. John Hickenlooper has persuaded anti-fracking groups to scrap two ballot initiatives that would have curtailed oil and gas drilling, and news of the agreement on Monday lifted share prices of oil producers.

Hickenlooper, in a televised news conference, said he had instead put together a task force with representatives from industry, environmental groups and local communities to set standards for the state's growing petroleum industry.

This "will provide an alternative to ballot initiatives that, if successful, would have regulated the oil and gas industry through the rigidity of constitutional amendments and posed a significant threat to Colorado's economy," he said in a broadcast by Denver's CBS station.

The compromise was seen as a positive for energy companies with big operations in Colorado like Noble Energy Inc and Anadarko Petroleum Corp, sending their share prices up more than 5 percent.

Several municipalities in Colorado worried about environmental issues have sought to ban the practice of hydraulic fracturing, or fracking, which uses a mix of pressurized water, sand and chemicals to unlock hydrocarbons from rocks.

But those efforts have faced challenges, with lawyers and courts saying their legality would depend on the state's own laws for fracking.