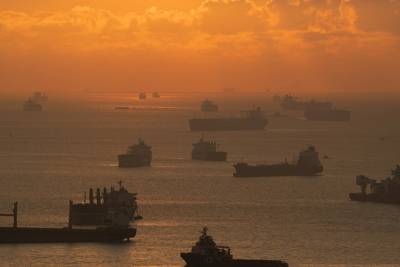 The number of reported attacks against ships has doubled in Asia over the first half of 2020, elevating security concerns for mariners across the region.

A total of 51 cases of piracy and armed robbery against ships (including 50 actual incidents and one attempted incident) were reported in Asia from January through June 2020, up from 28 incidents (25 actual and three attempted) during the same period for 2019, according to ReCAAP Information Sharing Center's (ISC) latest half-yearly report.

A growing number of attacks occurred in one of the world's busiest shipping lanes, with 16 incidents reported on board ships underway in the Singapore Strait, compared to eight during the same period in 2019. Piracy has also been on the rise in Bangladesh, India, Indonesia, the Philippines, Vietnam and the South China Sea.

While the number of incidents has grown, the severity of the attacks has not. In 74% of cases perpetrators were unarmed and vessel crews unharmed.

“We are deeply concerned with the nearly two-fold increase in the number of incidents reported in Asia in the first half of 2020 compared to the same period last year, even though most of them are at low severity level,” said Masafumi Kuroki, Executive Director of ReCAAP ISC. “‘Small’ crimes, if not addressed, can embolden criminals to commit more serious acts.”

“This spike has come during a time of enormous challenges for the whole world affected by the COVID-19 pandemic. Despite the difficulties caused by the pandemic, we encourage the shipping community and maritime enforcement agencies to uphold vigilance, make timely reporting and conduct quick response to incidents, in order to protect the lives of seafarers and the safety of maritime transport,” Kuroki said.

The growing number of vessel attacks in Asia is part of a wider global trend. Crew kidnappings and violent attacks on vessels off West Africa have soared in 2020, with 77 seafarers taken hostage or kidnapped for ransom since January, according to the ICC International Maritime Bureau’s (IMB) latest piracy report.

Earlier this week armed pirates abducted 13 seafarers from a Liberian-flagged product tanker in the Gulf of Guinea.

In Asia crew kidnappings are less common, but they still occur. Five of the eight crew abducted from a fishing trawler off Lahad Datu, Malaysia on January 17 are still held captive.