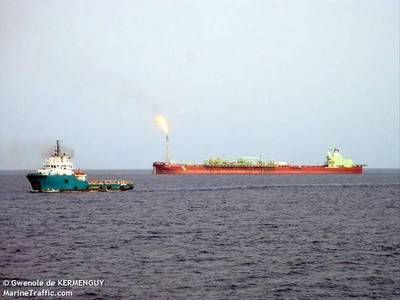 Crew kidnappings and violent attacks on vessels in the oil-rich West Africa region have soared in 2020, with 77 seafarers taken hostage or kidnapped for ransom since January, according to the ICC International Maritime Bureau’s (IMB) latest piracy report.

The Gulf of Guinea off West Africa is increasingly dangerous for commercial shipping, accounting for just over 90% of maritime kidnappings worldwide. Meanwhile, ship hijackings are at their lowest since 1993, the report said.

“Violence against crews is a growing risk in a workforce already under immense pressure,” says IMB Director Michael Howlett. “In the Gulf of Guinea attackers armed with knives and guns now target crews on every type of vessel. Everyone’s vulnerable.”

The increasing threat of piracy adds to hardships already faced by hundreds of thousands of seafarers working beyond their contractual periods due to COVID-19 restrictions on crew rotations and international travel.

“Violence against crews is a growing risk in a workforce already under immense pressure,” says IMB Director Michael Howlett. “In the Gulf of Guinea attackers armed with knives and guns now target crews on every type of vessel. Everyone’s vulnerable.”

So far this year, 49 crew have been kidnapped for ransom in the Gulf of Guinea and held captive on land for up to six weeks. Rates are accelerating, with 32 crew kidnapped in the past three months alone. And they are happening further out to sea: two-thirds of the vessels were attacked on the high seas from around 20 to 130 nautical miles off the Gulf of Guinea coastline. 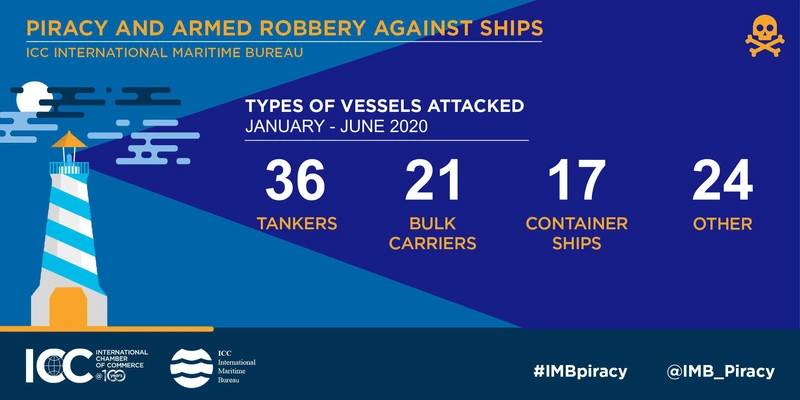 IMB PRC urges vessels to report any attacks promptly. It can then liaise with coastal agencies, international navies and vessel operators, encouraging a quick response to deter piracy and armed robbery and improve the security of seafarers. The Piracy Reporting Centre also broadcasts to shipping via GMDSS Safety Net Services and email alerts to Company Security Officers.

“We need to change the risk-to-reward ratio for pirates operating within the Gulf of Guinea. Without an appropriate and proportionate deterrent, pirates and robbers will get more ruthless and more ambitious, increasing the risk to seafarers,” says Howlett.

In one recent case commended by IMB, the Nigerian Navy responded quickly to a distress call from a fishing vessel boarded and hijacked by armed assailants in Ivory Coast waters. As a result, the crew was saved and the ship was prevented from being used as a possible mother vessel to carry out further attacks.

In another incident, a product tanker was attacked while underway around 127 nm off Bayelsa, Nigeria. Eight armed pirates kidnapped ten crew as well as stealing cash, personal valuables, and ship’s property. IMB PRC contacted regional and international authorities, and a Nigerian Navy Security Vessel was dispatched. A nearby sister vessel helped the four remaining crew members to sail the tanker to a safe port. The kidnapped crew was released three weeks later.