Australia Cracking Down on Livestock Shipping 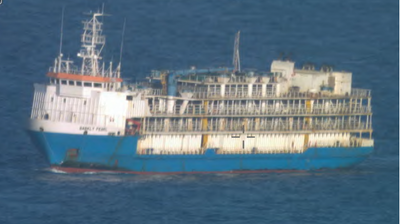 Australian officials will implement a set of extra safety checks for livestock shipping after a string of recent incidents thrust the sector into the international spotlight.

From March 1 to August 31, 2021, the Australian Maritime Safety Authority (AMSA) will undertake a focused inspection campaign (FIC) on livestock ships departing Australian ports to ascertain the level of compliance with the maintenance and repair requirements of international conventions. The campaign, to be performed in conjunction with normal port state control inspections, will also check the familiarity of the master and officers to assess the stability of their ship in differing conditions.

AMSA said the FIC is being implemented as a result of recent incidents involving livestock ships in Australia, adding that the results of the will be analyzed and a brief report prepared.

In January, AMSA banned the Barkly Pearl from entering Australian ports for a period of 24 months due to substantiated concerns relating to the structural integrity of the ship, the potential threat of pollution to the marine environment and the immediate risk to the seafarer's safety. AMSA called the move its "most severe banning to date".

"This banning illustrates that AMSA has a zero-tolerance approach to ships that are poorly maintained, and that the Australian community expects that any ship operating or travelling throughout our waters is seaworthy," the agency said.

In October, New Zealand introduced new requirements for livestock shipping a month after cattle ship Gulf Carrier 1 capsized in the East China Sea, killing almost 41 of its 43 crew members and more than 6,000 cows.