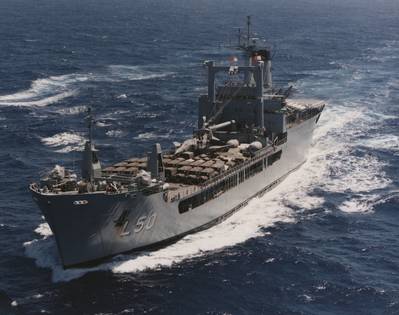 After decades of invaluable service in the Royal Australian Navy, Tobruk and Sydney were decommissioned in July 2015 and November 2015 respectively.
Tobruk was used extensively during regional peacekeeping and humanitarian operations as well as border protection in Northern Australia. Sydney was deployed to the Persian Gulf on five occasions in support of operations during the Gulf War, War in Afghanistan and the 2003 invasion of Iraq. Closer to home, Sydney was involved to support Australia’s response to regional uprisings and humanitarian operations.
“There are significant challenges with preparing ex-Navy vessels for dive wrecks to assure the safety of recreational divers, however I appreciate the tourism and economic benefits that the creation of a dive wreck can have to local communities,” Minister Payne said.
The decommissioned vessels will be demilitarized by the Department of Defense. The preparation and funding of the vessels for use as a dive wreck will be the responsibility of the State or Territory that agrees to the terms and conditions of the offer. The States and Territories will be responsible for ensuring the dive wreck meets the necessary work, health and safety legislation to assure the safety of those diving on the wrecks.
Defense will schedule inspection days in June 2016 to allow State and Territory government representatives and their industry partners to attend briefings and inspect the vessels. Defense will use this opportunity to provide information about work, health and safety issues, as well as hazardous materials content of the vessels.