The contract is a firm-fixed price (FFP), indefinite delivery, indefinite quantity (IDIQ) for the design, development, testing, and upgrade/build of USCG MLBs over a period of 5 years with an option for an additional 5 years. The current in-service MLBs were designed by the USCG and built from 1997 to 2003. These boats, designated 47B MLB, are now approaching the end of their original 25-year service life. The goal of the SLEP is to extend the 47 MLBs’ service life for an additional 20 years and retain or exceed their original operational capabilities and characteristics.

Birdon America developed and proposed a solution that met or exceeded the USCG SLEP requirements and included system replacements, performance enhancements in the areas of noise, seating, and reliability and addressed structural issues. As part of that process, Birdon was able to procure a pre-production 47 MLB that had been retired from the Coast Guard in the late 1990s. This boat, appropriately named the Risk Reduction Boat (RRB), was modified to reflect the proposed SLEP changes and extensively tested (including rollover testing) prior to Birdon’s proposal submission.

The RRB enabled Birdon to demonstrate in its proposal to the USCG that the RRB exceeded all threshold requirements and most of the objectives. Birdon’s solution includes vessel SLEP production capabilities on both the east and west coasts through a strong team of well-known and capable partners. 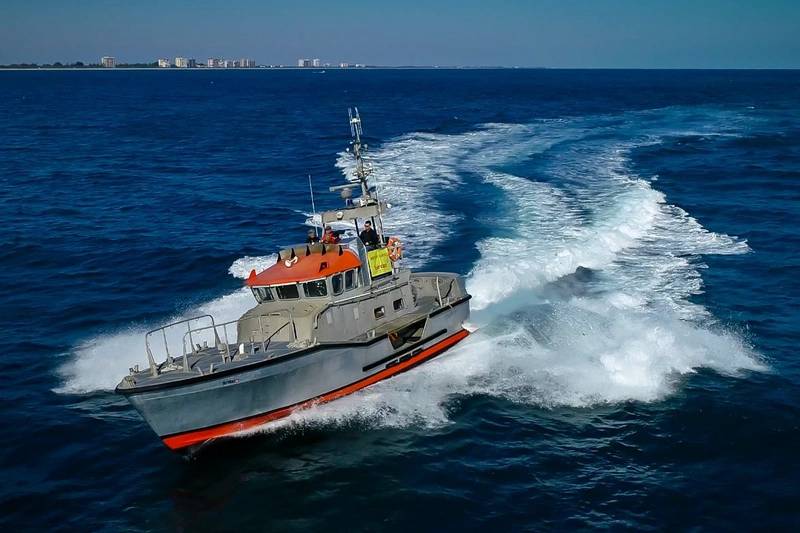 “Birdon America is proud to have been awarded this new contract for SLEP of the 47 Motor Lifeboat for the U.S. Coast Guard. The 47 MLB SLEP program represents Birdon’s continued efforts to provide high quality equipment, services and support to the personnel of the U.S. Defense and first responder organizations and agencies. We look forward to seeing the new 47 MLB SLEP in service and providing enhanced and reliable capability to the personnel of the U.S. Coast Guard.” said Jamie Bruce, CEO, Birdon. Birdon America is also the designer and manufacturer of the U.S. Army Bridge Erection Boat (BEB) - 140 BEBs have been delivered to date. Ongoing production in the Denver Colorado facility will deliver over 300 additional boats in the next 5 years.