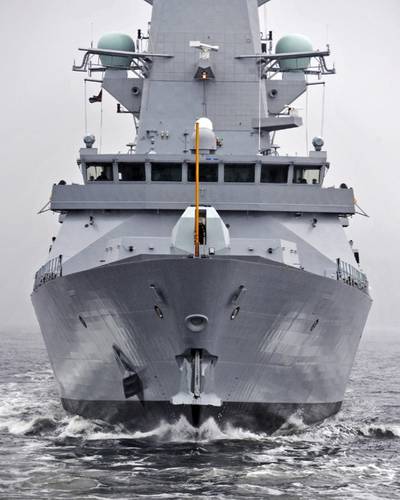 HMS Duncan, the Royal Navy’s sixth Type 45 Destroyer, has entered into service from BAE four months ahead of schedule.

The 7,500 tonne vessel will now embark on a program of trials to prepare the ship and her crew for operational deployment.

HMS Duncan is the final Type 45 to enter service with the Royal Navy. Her handover to the Fleet marks the end of a 13-year build programme with BAE Systems to deliver the six ships – Daring, Dauntless, Diamond, Dragon, Defender and Duncan.

Armed with Sea Viper missile defence system which can neutralise threats up to 70 miles away, the Type 45s are the most powerful air defence destroyers ever used by the Royal Navy.

Minister for Defence, Equipment, Support and Technology, Philip Dunne MP said:
“Thanks to the skill and hard work of the Commanding Officer, the ship’s company and their MOD and industry partners, HMS Duncan has entered service four months early. It is testament to the improving control of projects across the Armed Forces and significant dedication across Defence that all six ships of the Type 45 class are now in the hands of the Royal Navy.

The Type 45 program has provided the Royal Navy with one of the most sophisticated and effective air defence ships available anywhere in the world. We expect these vessels to see decades of service protecting the UK’s interests around the world, including providing humanitarian aid as we saw recently with HMS Daring’s efforts in the Philippines.”