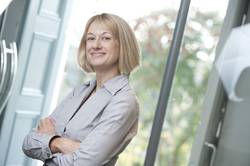 Energy services company Senergy has appointed a vice president (VP) of resources to further strengthen the company’s commitment to building and developing its global talent pool.

Taking up the role is Vivien Broughton who, through her broad oil and gas career, has established an impressive track record in delivering effective business solutions that improve retention and attract new talent. Vivien started her career as a geologist and subsequently worked as a wells engineer before moving into human resources and becoming industry-recognised for developing successful people development initiatives. As VP of resources at Senergy, she will work in partnership with the business, providing specialist knowledge in recruitment, employment issues, coaching and mentoring. She will also lead her team in the delivery of initiatives such as internal learning and development programmes, leadership and management development activities, and the introduction of a graduate/young professional scheme.

Vivien spent 15 years with offshore drilling contractor, Transocean, with the latter 10 years being in human resources roles including staff development manager, career development manager, field talent manager and then onshore talent manager. During this time, she led the design and implementation of a number of pioneering development programmes around the world - including one of the industry’s most extensive graduate development initiatives which saw the scheme win joint Engineering Institute (EI) and Institute of Mechanical Engineers (IMechE) accreditation. Vivien has twice been a finalist in Oil and Gas UK’s awards for Outstanding Mentoring as well as leading drilling contractor ADTI to the finals in the Succeeding Through People accolade at the Scottish Offshore Achievement Awards (now known as the SPE Offshore Achievement Awards). ADTI subsequently became a division of Transocean.

Speaking of her new appointment, Vivien said: “I’m thrilled to be joining Senergy at a time when the company is growing and globalising into new markets. Senergy’s strength lies in its team of technically excellent people and I’m looking forward to enhancing our capabilities to meet our employees’ and clients’ needs.  “We are facing the same demographic challenges as the rest of the industry which is why Senergy is committed to investing in people to ensure our business is sustainable and robust. Knowledge resides in people so creating an environment where it is transferred and retained within the company will allow us to develop our own talent pipeline and improve succession planning for the future.”

Vivien, who holds an honours degree in geology, is a chartered member of the Chartered Institute of Personnel and Development as well as a chartered engineer and member of the Institute of Materials, Mining and Metallurgy. She is also an advisor to the Post Grad Board at Aberdeen ’s Robert Gordon University. Senergy, which was established in 2005, employs more than 500 people worldwide across its Aberdeen headquarters and through a network of global offices in the UK, Norway, the Middle East, Australia, South East Asia and the Americas.

The company delivers fully integrated project and asset development services across the energy industry, and has rapidly emerged as a global leader in diversified energy services through organic growth and a series of acquisitions.