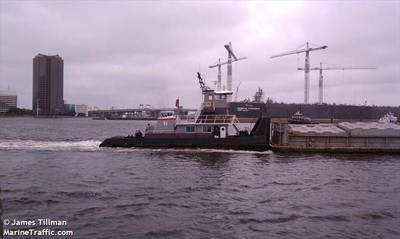 A tugboat captain's Merchant Mariner Credential has been suspended after it was determined that he was operating his vessel under the influence of alcohol during a grounding incident in eastern Virginia.

On November 14, 2019, the tugboat Niki Jo C drifted off course and ran aground outside the main channel of the Rappahannock River.

In conducting their investigation, the US Coast Guard, the Virginia Marine Resource Commission and the Richmond County Sheriff's Office tested the crew's blood alcohol content to determine if alcohol was a causative factor. The results showed that the captain of the vessel was intoxicated at the time of the incident, with a blood alcohol content (BAC) above the legal federal limit for operation of a commercial vessel of 0.04% as found in 33 CFR 95.020(b).

Containership Captain Medevaced in the Caribbean

The company which owned Spirit of 1770, a passenger vessel that caught fire and burnt to the waterline with 42 paying customers…