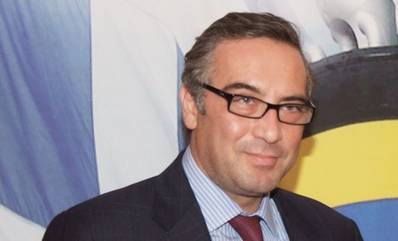 Tsakos Energy Navigation Limited (TEN) announced the chartering of two of its modern Suezmax tankers with a European oil major for 24 and 12 months, with charterer options for another 12 months for each vessel at a base rate with profit sharing. TEN expects minimum gross revenues of about $35m for the period.

In addition, TEN announced the start of a partnership with another oil major for the construction and chartering of two LR1 tankers for five years. The option to declare two additional LR1 vessels expires October 2014.

The vessels will be employed under five year charters at an accretive base rate with 50/50 profit sharing above the base rate between TEN and the oil major. The charters are expected to generate minimum gross revenues of $62m for the two vessels over the five year period.

The vessels will be financed with equity from TEN’s cash reserves and bank debt. Delivery is expected during the second half of 2016.

Nikolas P. Tsakos, President and CEO of TEN, said, "We are pleased to follow up on our recent announcement with another strategic alliance with one of the largest major oil companies in the world. We continue growing and modernizing our fleet with non speculative orders. At the same time our existing fleet is utilized to maximize the company's profitability and shareholder value. We believe that the nature of these transactions is a testament of TEN's reputation as a company of choice for major oil companies. We expect the value created by these and other similar projects to be soon reflected in our valuation."