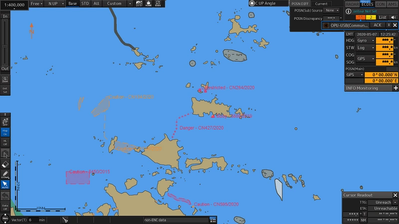 ChartWorld are JRC are cooperating on the addition of ChartWorld’s Information Overlay service, known as CIO+ onto JRC ECDIS.

CIO+ is a data overlay shown in ECDIS as a user chart, loaded on top of Electronic Navigational Charts. CIO+ is a tool to help the Bridge team with the task of developing and executing efficient voyage plans by automating the process of applying additional data in ECDIS by means of User Chart objects.

A few features of new system include: