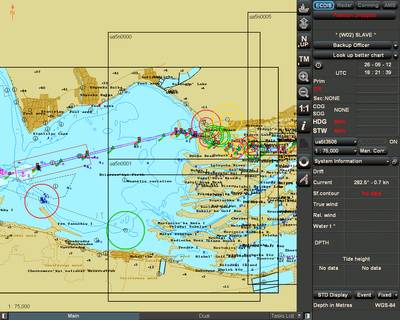 The agreement was signed between Transas Marine Ltd and the State Hydrographic Service of Ukraine in May 2012 allowing Transas to use official ENC’s and Inland ENC’s to create TX-97 folios.  New charts will be available for the users of Transas ECDIS and ECS. The uniqueness of this project is that it is the first time when Inland ENC’s were used to produce TX-97 folios. State Hydrographic Service of Ukraine provided 158 Inland ENC’s and 114 ENC’s covering territorial waters of Ukraine in Black Sea and Sea of Azov. The TX-97 folios cover Black Sea, the Danube River (Ukrainian territory), Dnipro River and provide the possibility to discover the coastal and inland waters. Ukrainian chart folios are also available through iSailor application for iPhone and iPad users.