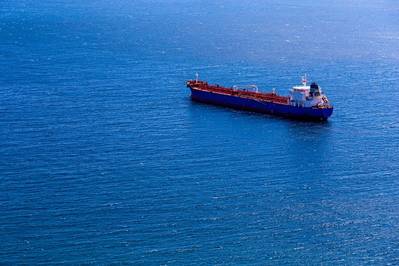 The route to compliance with the International Maritime Organization (IMO) 2020 0.5 percent global sulphur cap is unclear for many vessel operators, according to a marine industry survey conducted by ExxonMobil.

Some 70 percent of respondents saying that they do not believe the industry is ready for the deadline, highlighting an ongoing sense of confusion and lack of preparedness.
The makeup of the marine fuel mix in 2020 and beyond is an area of concern, with wide-ranging views from the industry on how the landscape will evolve.
Thirty-two percent of those surveyed predict that a combination of heavy fuel oil, marine gas oil and fuels and blends will be used, while 69 percent believe the cap will lead to the development of new low sulphur fuels.
“At ExxonMobil we expect that new 0.5 percent fuel formulations will emerge, based on low sulphur refinery streams, in addition to novel fuel blends,” said Iain White, Global Marine Marketing Manager at ExxonMobil. “As a result, it’s likely we will see increased compatibility and stability problems, which will make purchasing fuels from a trusted supplier more important than ever.”
The cost implications of the cap were also highlighted as a potential challenge; with 53 percent of respondents predicting an increase in fuel spend.
When asked about the uptake of liquefied natural gas (LNG), 31 percent of respondents believe there will be a growth in its adoption as a marine fuel.
Forty-five percent of respondents predict an increased investment in abatement technologies (scrubbers). However, only 11 percent said they were actively looking to install a scrubber before 2020, with 40 percent citing a lack of economic clarity as a reason for forgoing investment.
“The results of this survey show that that we are heading to a multi-fuel future and that there is not one obvious fuel solution that will apply to all vessels,” White said. “To avoid the pitfalls that may lie ahead, it’s vital that operators work closely with trusted fuel suppliers to ensure that they select the best route to compliance for their vessel’s needs.”