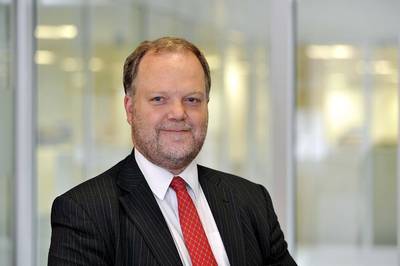 Overall confidence levels in the shipping industry fell to their lowest level for two-and-a-half years in February 2015, according to the latest Shipping Confidence Survey from international accountant and shipping adviser Moore Stephens.

Respondents to the survey identified overtonnaging as the biggest factor behind the fall in confidence, but also expressed concern about the effect on the industry cause by lower oil prices and the growth of investment by financiers from outside shipping.

In February 2015, the average confidence level expressed by respondents in the markets in which they operate was 5.5 on a scale of 1 (low) to 10 (high), down from the 5.7 recorded in November 2014. This is the lowest figure since August 2012, and compares to the record high of 6.8 when the survey was launched in May 2008.

Charterers recorded the biggest fall in confidence, down to 3.9 from 5.4 in the previous survey. Confidence on the part of owners was also down (from 5.5 to 5.4), while that expressed by managers was slightly up, from 6.1 to 6.2. Confidence in the broking sector was unchanged at 5.0. Geographically, confidence was down in all main areas covered the survey.

A surplus of tonnage, particularly in the dry bulk trades, dominated the comments of those who responded to the survey. One said, “Dramatic over-ordering in the dry cargo market in the last two years has led to the catastrophically bad market we have today. What is now even more frustrating is that those clever guys who thought that dry cargo newbuildings were a good idea are now starting to convert them to tankers. Excellent! Let’s hit another sector that has just found its feet with more unnecessary orders! When will people learn?”

Falling oil prices were another recurring theme among respondents, one of whom warned, “The trickle-down effect of cutbacks in the oil sector will result in a decrease in business across the board for companies in the shipping industry.”

A number of respondents expressed concern about the effect on the markets of the entry into the industry of new money from non-shipping investors. One complained, “Excessive liquidity from US markets being invested in Far East shipbuilding programs is killing any improvement in the market.” Another, however, emphasized, “The markets have a way of correcting themselves, and the probable withdrawal of short-term investors should ease the tonnage imbalance.”

The survey revealed that the likelihood of respondents making a major investment or significant development over the next twelve months was down on the previous survey, on a scale of 1 to 10, from 5.3 to 5.1, the lowest figure since February 2012, although managers were more confident in this regard than they were three months previously. One respondent said, “Short-term investors are likely to exit the market at a loss when they find there is no quick and easy money to be made.”

The number of respondents who expected finance costs to increase over the next twelve months was down by eight percentage points to 32 percent, the lowest figure in the seven-year life of the survey. One respondent said, “Access to non-conventional ship finance has made it much too easy for vessel owners to order new tonnage far in excess of prospective demand growth.”

Demand trends, competition and tonnage supply featured as the top three factors cited by respondents as those likely to influence performance most significantly over the coming twelve months. The numbers for demand trends were down on last time from 25 percent to 24 percent, while those for competition were up one percentage point to 21 percent. Tonnage supply, up by one percentage point to 14 percent, displaced finance costs in third place this time. Fourth place was shared by finance costs (down by 2 percentage points to 12 percent) and operating costs, up by 2 percentage points. Meanwhile, fuel costs were unchanged at 7 percent, unsurprisingly the lowest figure recorded in this category since November 2010.  One respondent said, “The expected advantages to be derived from eco-designs have been eroded by the collapse in the price of bunkers, leaving expensive assets chasing demand that is growing only slowly.”

Turning to the freight markets, there was a fall in the number of respondents anticipating improved rates in the tanker sector over the next twelve months, but increased expectation of higher rates in the dry bulk and container ship trades.  Overall net sentiment, based on the difference between the number of respondents who expected rates to improve and the number who thought they would deteriorate, was positive in all three main tonnage categories covered by the survey.

One respondent said, “Strong demand driven by the fall in oil prices has strengthened the current crude oil shipping market,” while another noted, “The dry bulk sector is still suffering from overtonnaging in all ship sizes.” Respondents also remarked that containerization was moving into some trades previously dominated by break-bulk ships.

“Overtonnaging is not so much the elephant in the room as the room itself," said Richard Greiner, Moore Stephens Partner, Shipping Industry Group. "It is a major factor in the collapse of freight rates. Elsewhere, everything from continuing problems in the world economy to the imposition of sanctions (most recently those involving Russia) has helped neither the confidence nor the performance of the markets. Even the fall in oil prices, which at first blush might have seemed to be good news for an industry with such a high fuel bill, has its down side too. "