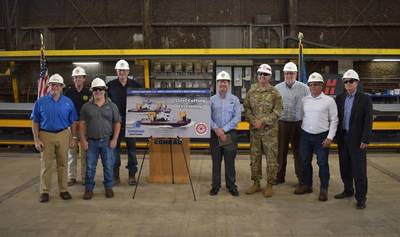 The two identical vessels are being built under a licensing agreement with the Netherlands-based Damen Shipyards Group. They will be the first of their type built in the U.S.

Each Damen Multi Cat 3013 measure 98.92’ in length and will be powered by three Caterpillar C32 TTA engines capable of meeting speeds of 10.2 knots. Equipped with large winches and deck cranes, the vessels will have maximum bollard pull of 31.75 short tons