Containership Grounds in the Suez Canal 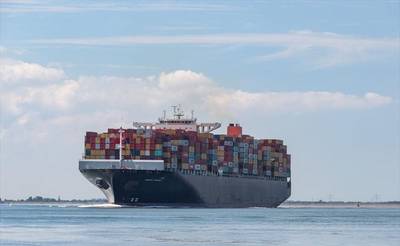 A Singaporean flagged containership has been refloated hours after running aground in the Suez Canal, a local agency said.

The 366-meter, 13,100 TEU Maersk Emerald grounded around noon local time on Friday after reportedly suffering engine problems while traveling south through the north end of the canal. The vessel was fifth in the convoy.

Unlike the March 2020 grounding incident involving the larger 400-meter, 20,100 TEU Ever Given, the Maersk Emerald was aground for only several hours before it was refloated, clearing ship traffic to resume and causing only minor delays. The Suez Canal Authority said four tugs were used to refloat the vessel, which is now safely at anchor in Great Bitter Lake.

Meanwhile, the Ever Given is still detained in the Suez Canal nearly two months after it was dislodged, amid an ongoing dispute between the canal and the ship's owner and insurers over compensation for the costly logjam which halted traffic through the vital shipping artery for six days.