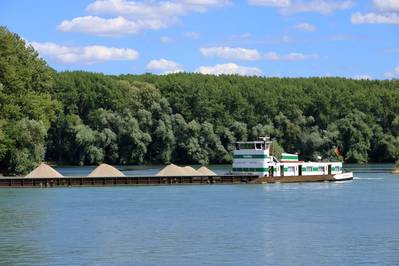 Low water levels in the Rhine are worsening capacity shortages at Dutch river barges, a spokeswoman for the industry said on Monday.

Demand for the largest barges, in the class of 135 meters, has surged as German users seek to import more coal, said Maira van Helvoirt of Netherlands Royal Inland Shipping (KBN).

However, due to low water levels on the Rhine, many can only carry half their normal loads or less.

In addition, out of the roughly 150 such ships usually on Dutch waterways, 15 have recently been sold or leased to Romania where they will be used to transport grain from Ukraine on the Donube, she said.

Rail and truck traffic out of Rotterdam is also congested.

"Those are usually the levers that you have to pull, but at the moment, they are not working," Van Helvoirt said.