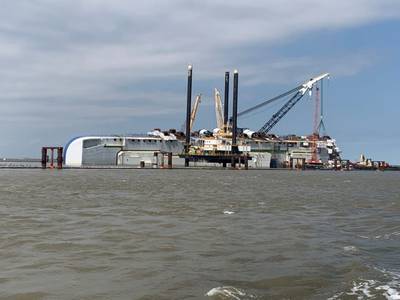 T&T Salvage installed the eighth lifting lug on the M/V Golden Ray, a roll-on, roll-off vessel that ran aground and overturned near the Port of Brunswick in Georgia in September.

In total, 16 lugs will be installed: two on each of the eight sections of the Korean-owned car carrier, which rests on its side in St. Simons Sound.

The Golden Ray will need to be dismantled in place and removed in pieces because the vessel, in its current position and condition, would not be able to support the stress exerted on the hull and keel during parbuckling operations.

The lifting lugs will be used as a connection point between the rigging of the Versabar VB-10,000 twin-gantry catamaran, and each section of the M/V Golden Ray. The lugs are designed to distribute the weight of each particular section during the cutting and lifting operation. 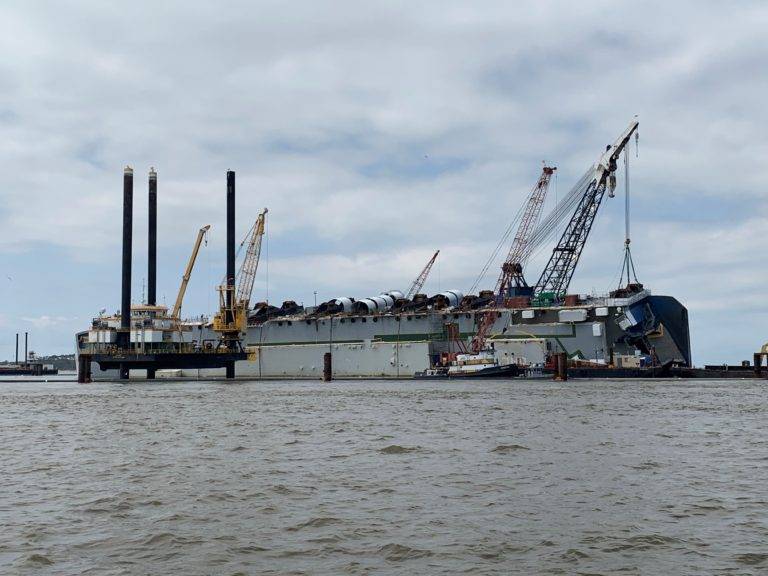