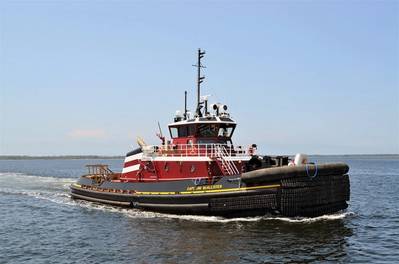 This is the fifth vessel to be delivered by the shipyard since Hurricane Michael, a category 5 storm – which devastated the region.  This delivery marks another milestone in Eastern’s accelerated return to normal operations, as well as its commitment to long term sustained recovery and economic stability for the industrial base of the Florida Panhandle. Other shipbuilding projects include three Staten Island Ferries, the Coast Guard Offshore Patrol Cutters, a large commercial fishing trawler, two harbor tugs, and two river pushboats.  Eastern is actively bidding other projects and is poised to maintain its position as the go to shipyard on the US Gulf.  All of these projects support skilled manufacturing jobs for Northwest Florida and over twenty five other states where Eastern buys material, equipment, and specialized services.

Since the hurricane, Eastern has repaired or replaced all of its impacted equipment, buildings, and shipbuilding infrastructure as part of a major company-funded recapitalization effort.  Additionally, Eastern has invested in new technology aimed at increasing shipbuilding efficiency.  Eastern has also partnered with State and local Governmental agencies to plan additional investments of over $45 Million towards enhancing  shipbuilding efficiency and capacity in both Bay and Gulf Counties  in order to ensure long term stability and growth of the shipbuilding industry in Northwest Florida.

As part of its recovery and growth from a once-in-a-generation storm, Eastern is actively recruiting and hiring additional personnel to join its team and support its long term commitment to building the best vessels for its government and commercial customers. Eastern remains grateful for the unwavering Federal, State, and local support during this recovery – empowering a devastated area by providing manufacturing and industrial employment opportunities.