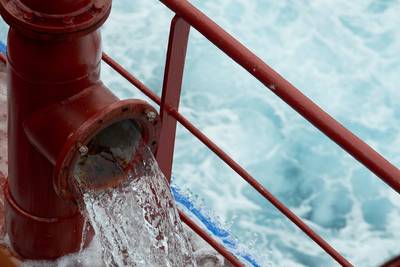 If you and your crew are facing questions about ballast water management (BWM) and related regulatory deadlines, it would be worth your while to download a new (January 2021) “Ballast Water Management Systems User Guide,” an extensive, in-depth look at evaluating, selecting and installing a BWM system. The guide was published by MARAD and Glosten for the Ship Operations Cooperative Program (SOCP). It is geared primarily toward U.S.-flag operators in domestic and international trade.

As most mariners know, BWM, overseen federally by U.S. EPA and the Coast Guard, includes a number of activities. BWM can include treatment, reporting and recordkeeping and ballast exchange. Critically, discharge is transitioning to stricter controls, i.e., discharge needs to meet U.S. EPA water quality standards and compliance needs to be via the U.S. Coast Guard’s so-called “type-approved” systems.

“The challenge in ballast water management…is not adopting a lower or more stringent standard, but instead focusing on the vessel installation of available and highly efficient BWMS. VIDA provides [an] opportunity to streamline the ballast water regulations which should aid with the operation of demonstrated, but not yet fully optimized, systems.”

Note the reference to systems, i.e., to hardware available today.

Given this call for action, the new MARAD-Glosten guide is timely. At 85 pages, the guide is a substantive document, helpful from planning to training to compliance to maintenance.

The guide’s electronic format really makes it more of a library, not just a singular book. It includes numerous internal and external links, to U.S. Coast Guard docs, for example, as well as IMO references and classification societies.

Even for readers new to this subject, the guide is approachable and straightforward in introducing complicated subjects and establishing pathways to move logically from one step to the next.

Alan Orthmann, PE, a marine engineer with Glosten, was the guide’s project manager. “Start with the Guide Navigator,” Orthmann advises. “Whether you are just starting out or you already have fleetwide ballast water treatment installations completed, but are trying to develop a more robust training program, the guide offers support across the spectrum of operators tasked with long-term compliance with ballast water regulations.”

The guide provides detailed advice on selecting Coast Guard approved equipment and shipyard planning and subsequent requirements pertaining to compliance, monitoring and enforcement. A final section is called “BWMS Life Cycle” and deals with training programs and maintenance and repair.

The guide also addresses non-federal ballast program requirements. Five states, for example, have ballast water exchange requirements in addition to BW treatment. It’s worth noting that the guide is cautionary about exchange requirements, writing that “exchange plus treatment presents the ship operator with significant logistics and safety issues.”

Additionally, seven states have chlorine discharge standards. Finally, there are discharge-limited areas such as national marine sanctuaries, national parks and other protected areas. The guide advises careful review (and provides a link to NOAA sanctuary maps) for any additional ballast water restrictions when operating in or near protected areas. 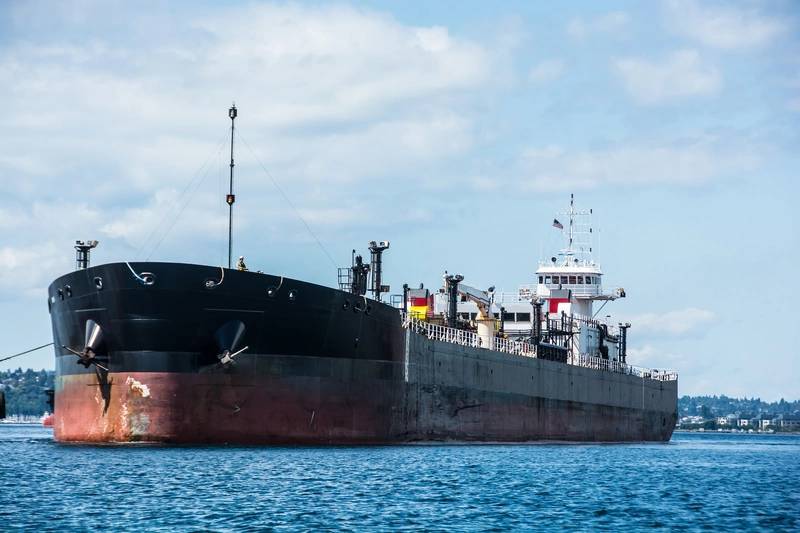 Program exemptions
Today, most vessels are exempt from the most onerous or difficult ballast water management requirement, i.e., the need to install a Coast Guard type-approved treatment system. Exempted vessels can continue with current discharge practices.

A discharge exemption, though, does not mean exemption from other program requirements, particularly reporting and recordkeeping, really the major concerns today for most commercial vessels and operations within U.S. waterways and coastal areas.

Recordkeeping documents all aspects of onboard ballast water management, including treatment, unusual events or any exemptions or waivers. Reporting provides details to port authorities, including the U.S. Coast Guard, sometimes state authorities and the National Ballast Information Clearinghouse.

Current discharge standard exemptions are not without conditions. A vessel that operates exclusively on voyages between ports or places within a single COTP zone, for example, is exempt. The same vessel operating beyond those limits is not. EPA would exempt an unmanned non-seagoing barge but not if it is combined into an articulated tug and barge unit (ATB).

Caitlyn Stewart is vice president for regulatory affairs at The American Waterways Operators (AWO), which has been keeping a close eye on EPA’s draft rules and overall program implementation. She called the new MARAD guide “a comprehensive document for people who need to figure BWM out and then take appropriate steps.”

Stewart said many businesses are now working to keep operations within allowable exemptions, to avoid moving into a regulatory space that still presents challenges. 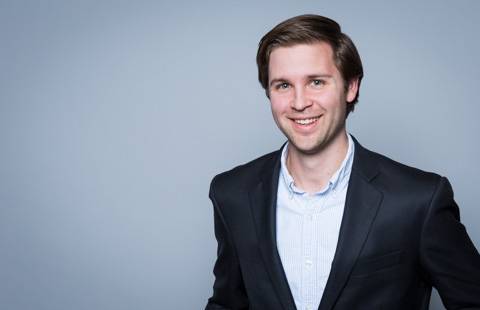 “There are thousands of vessels discharging in U.S. waters that are still working on a solution for BWM, including treatment.” - Alan Orthmann, PE, marine engineer, Glosten (Photo: Glosten)

Another critical concern regarding current discharge exemptions is will they last? The Coast Guard is in charge of implementation, after EPA’s standards are final. In 2012 the CG presented an implementation phase-in schedule based on vessel size and upcoming dry docking. That regulatory approach could happen again. The point is be ready for change.

Orthmann, with Glosten, commented that “this data tells us 1) that there are a lot of vessels that need to understand ballast water reporting and recordkeeping requirements, and 2) there are thousands of vessels discharging in U.S. waters that are still working on a solution for BWM, including treatment.”

Orthmann said the new guide would be particularly useful for: 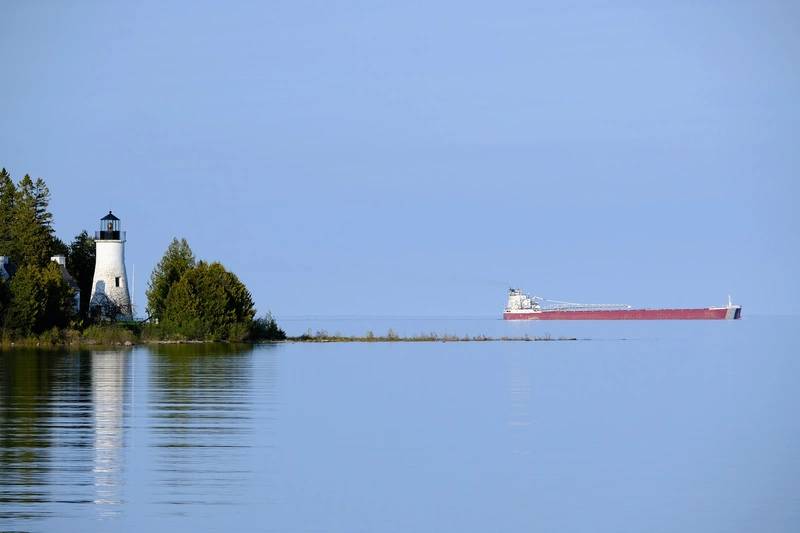 What the future holds
Unfortunately, to a very real extent, ballast water regs are a perpetual work in progress.

One major unknown is to what extent a final rule will match the proposed rule, which has drawn considerable push-back. Consider comments, for example, from New York State’s Environmental Protection Bureau:

“We oppose EPA’s elimination of the 2013 VGP (vessel general permit) regulation of vessels operating exclusively on the Great Lakes (“lakers”). We object to the EPA’s elimination of standards for lakers, and in fact maintain that all lakers…should be subject to meeting protective standards. Lakers are the most important ballast mediated pathway of secondary aquatic invasive species spread in the Great Lakes.”

Similarly, Michigan’s Governor, Gretchen Whitmer, in a letter to EPA, copies text (or vice versa) from New York’s letter regarding exemptions for Lakers. She writes further that EPA’s technology requirements are not as strict as Michigan’s.

Washington Governor Jay Inslee, in a 62-page document, calls the draft a “reckless proposal,” unable to “protect our waters against pollution and the spread of aquatic nuisance species.”

Some businesses, too, want greater clarification and certainty. Canal Barge, for example, based in Louisiana, wants EPA to exempt all unmanned barges from BW regs, regardless if they are part of a tug-barge combination. CB also suggests a shift from a COTP zone to a “common waters basis,” arguing that a “common waters” delineation more accurately reflects ballast water problems.

The American River Transportation Company (ARTCO) asked EPA to ensure the exclusion from ballast tank requirements for vessels when discharge ballast water is taken on from public water utilities or commercial sources.

Again, these are just a fraction of the number and range of concerns that EPA has to consider and balance before finalizing its VIDA proposal.

It’s also critical to note that the EPA making decisions now about a final rule is not exactly the same as the agency that proposed the rule. EPA leadership and priorities have changed and it remains to be seen how the new top-level management will impact final decisions. Stricter discharge standards would require reassessment of the Coast Guard’s type-approved technologies. A move to expand federal-state coordination would delay final approval. EPA could further limit vessel exemptions, forcing a big shift in businesses’ operational plans that seek to stay within safe harbors, so to speak.

Finally, the VIDA rule may be reevaluated by the White House Office of Management and Budget. President Biden’s Executive Order 13990 required agencies to forward for OMB review lists of regulations that might not align with the new Administration’s priorities. No comment from EPA (by deadline) if the draft VIDA was included on the Administrator’s list to OMB. If it were, this whole topic could be recast. 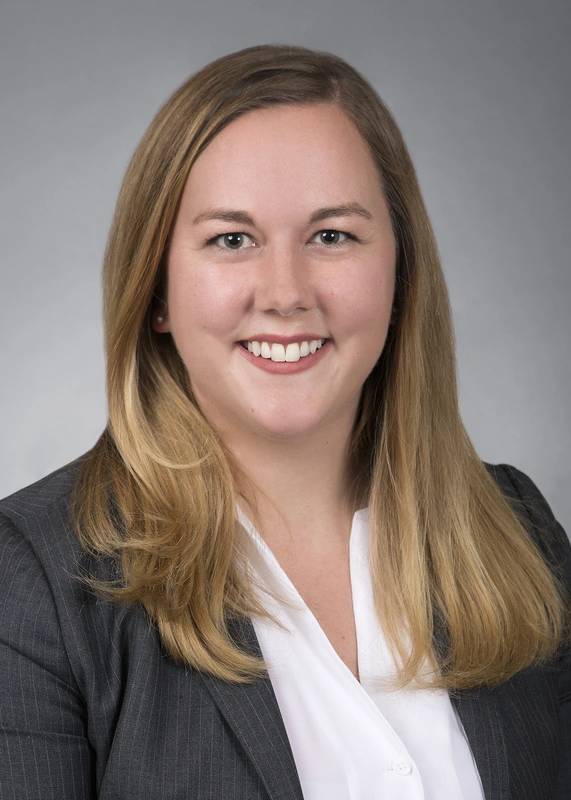