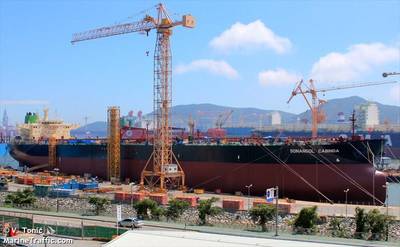 One million barrels of Alaskan crude is due in China next week, the first such shipment in almost a year, according to data from Refinitiv Eikon and vessel-tracking firm Kpler.

China's imports of U.S. crude have fallen amid the two countries' trade dispute to 41,600 barrels per day (bpd) in the six months ended February, from 377,000 bpd in the first half of 2018, according to the U.S. Energy Information Administration.

It could not be immediately learned who sold the crude. Alaskan producers Exxon Mobil Corp and BP Plc did not immediately respond to requests for comment.

ANS crude in late April traded as little as 25 cents above global benchmark Brent, compared with $1.35 in late May.

"Asia is hunting for medium sour barrels" after supplies were limited following U.S. sanctions on Iran and Venezuela and cuts by the Organization of the Petroleum Exporting Countries, said Matt Smith, director of commodity research at ClipperData. "It's the most desired barrel at the moment."

The vessel could be diverted before it reaches China, but its vessel tracking signal that specifies a destination in China and three deliveries from other U.S. ports to China since April suggest the oil will reach China, analysts said.

Alaska's shipments to China are "likely to become rarer as the trade war bites," one trader said.