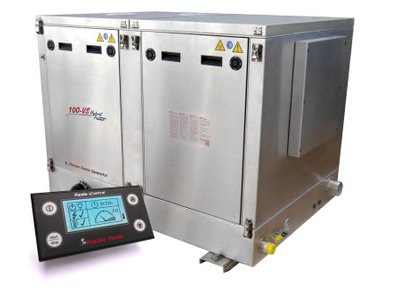 Standardizing the platform with a central system, the advanced control solution will be available with all the latest Fischer Panda gensets.

The FP Control, which allows various set-ups as well as the connection to a CAN BUS system, monitors the generator and provides up-to-date operational information via a digital display.

As supplied with the newly-launched variable speed hybrid DC VS Series generators, the control system displays data on the generator, as well as the connected drive system and batteries, to update information on overall power being drawn, power supplied for battery charging and the electric drive system. When using batteries only, the battery-charging status, as well as the remaining drive time, are also displayed.

The FP Control also has an autostart function which prevents the batteries from being drained.

Improving generator efficiency and the ability to adapt use according to live data, the central control system is available with the VS Series generators, smart variable speed hybrid systems that support the move to electric power with technology for battery charging and electric propulsion.