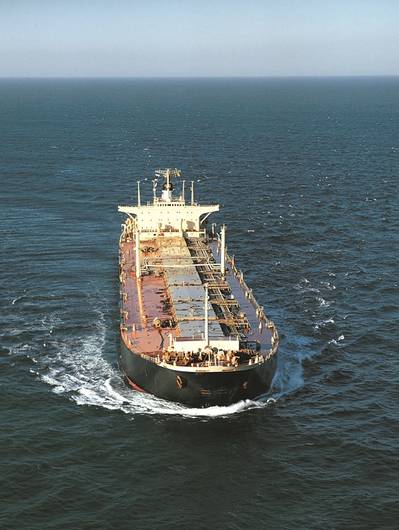 Gasoline shifted from tankers to landed storage or sold off; forward gasoline prices to flip to backwardation from July.

The number of tankers storing gasoline in waters off Singapore and Malaysia is dwindling as the fuel is sold off or shifted to cheaper onshore storage because of changes in forward delivery terms, traders familiar with the matter said.

With the economics of storing the fuel on tankers no longer viable due to a stronger forward market, there are now fewer than three long-range (LR) vessels holding gasoline in the area.

The traders said by the end of this week all remaining tankers could be discharged as the fuel's owners seek to sell the gasoline or store it more cheaply onshore.

"It's not economical to store gasoline on ships now compared to before unless they have no buyers or land storage," said one Singapore-based gasoline trader with knowledge of the deals.

Ships recently used to store gasoline were chartered by Statoil, Total, Vitol, Gunvor and Unipec, trading arm of China state refiner Sinopec , according to the traders.

This could not be directly confirmed with company officials, who do not typically comment on trading operations.

The gasoline market forward price curve will flip to backwardation from July, meaning lower prices for future deliveries than for those sold immediately.

That contrasts with the contango structure for the first-half of the year, with future deliveries more expensive than prompt cargoes, making it attractive to store gasoline for sale at a later date.

A month ago, April in the forward curve was about $1 a barrel below May, with the June price about 30-40 cents below July. This contango will flip into backwardation from July.

The current weak market is in part due to an expected fall in gasoline imports from top regional consumer Indonesia, where state oil firm Pertamina is expected to reduce imports later this year as it negotiates deals to make more of the fuel.

Chinese gasoline exports are also up more than 50 percent for the first four months of the year, although going forward, China could scale back its volumes.

"Maintenance in May and June, particularly at (Chinese) teapot refiners will ... lower gasoline output," analysts at BMI Research said in a note to clients this week, while strong Chinese demand would help tighten the regional market.

Even if the stored fuel is not sold, traders are shifting the gasoline into onshore tanks because they estimate it costs at least $100,000 less a month to hold the fuel on land.