Full Refloating of Stuck Ship in Suez Canal Not a 'Piece of Cake,' Boskalis CEO Says 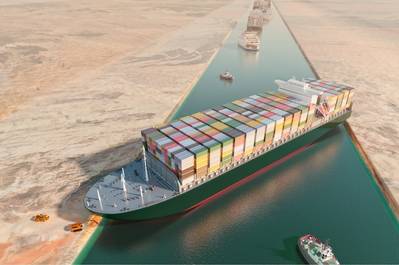 News about the partial refloating of the giant container ship that was stuck in the Suez Canal is good, but completing the operation would not be a "piece of cake", Boskalis CEO Peter Berdowski told Dutch public radio on Monday.

Boskalis is the parent company of Smit Salvage, which has assisted in efforts to dislodge the ship.

A new tug would arrive and water would be injected under the ship's bow to help free it, but if those efforts did not work containers might have to be removed, Berdowski said.