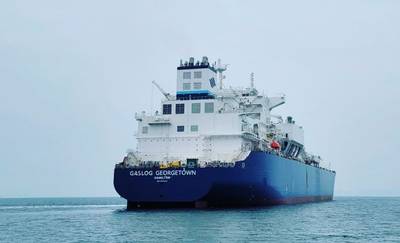 Built by Samsung Heavy Industries, HN2300 is a 174,000-cubic-meter capacity XDF LNG carrier with a Mk III Flex Plus cargo containment system giving a low boil off rate of 0.07%, combined with a sub cooler.

Upon delivery, GasLog Georgetown will be operated under a seven-year charterer for U.S.-based Cheniere.

The ship will be the fourth newbuild delivered to GasLog in 2020, following the 180,000-cubic-meter capacity GasLog Windsor in April, GasLog Wales in May and GasLog Westminster in July.