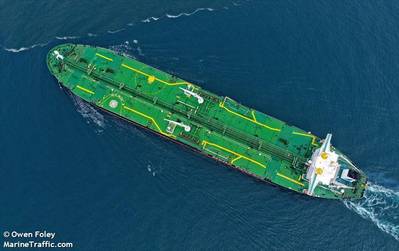 Russia's Gazprom Neft has sold its first ever Arctic oil cargo to China to ChemChina, two sources familiar with the deal told Reuters on Thursday.

This week, Gazprom Neft said it had sent 144,000 tonnes of light Novy Port oil grade to the Chinese port of Yantai on the Bohai Sea from Russia's north-western city of Murmansk, using the Northern Sea Route (NSR) through Russia's Arctic waters.

The Delta Hellas vessel used part of the NSR, a route requiring icebreakers and ice-class tankers, Refinitiv Eikon data showed, sailing west from Murmansk to reach Suez and then China.

Gazprom Neft and ChemChina did not reply to Reuters requests for a comment.

The company regularly supplies ESPO Blend crude oil to China via a pipeline, selling the grade to a wide range of refiners including ChemChina.

Novy Port is a light sweet grade popular with European refineries, which has not been exported to Asia previously due to high demand in the West.

Gazprom Neft, Russia's No.3 oil firm, has been using the NSR since 2013 for exports to Europe from its two Arctic fields, Prirazlomnoye and Novy Port.

Russia is investing heavily in the NSR which allows it to cut delivery times while avoiding piracy risks but oil shipments eastbound to Asia are rare as thick ice makes it possible only in summer and costs are much higher.

Novatek, Russia's top private gas producer, is using the NSR both ways to Europe and Asia for exports of liquefied natural gas (LNG) from the Arctic Yamal peninsula.