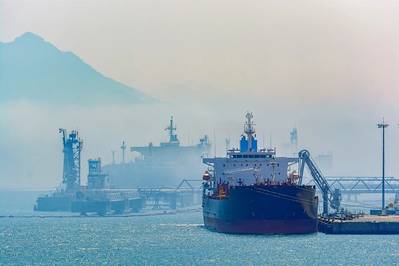 He said that in total, Gazprom Neft is producing 18 million tonnes of oil per year in the Russia's Arctic area. Dyukov did not say which way - to Europe or Asia - the company is shipping the oil using the NSR.

Russian oil producer Lukoil has sold a cargo of Varandey Blend crude to a Chinese buyer with the shipment sailing via Arctic waters in an unusual trade flow, according to industry sources and shipping data.