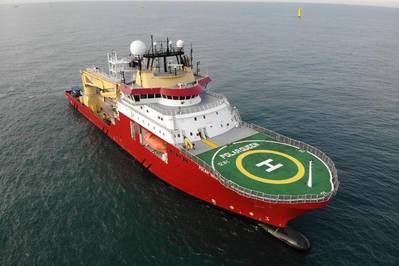 Norwegian shipowner GC Rieber Shipping has won a contract extension for its Polar Onyx vessel with DeepOcean. Separately, the company said Monday it had agreed to sell the Polar Queen vessel.

"GC Rieber Shipping has agreed with DeepOcean BV to extend the charter of the SURF vessel Polar Onyx until the end of May 2021," the company said.

The extended period will be in direct continuation of the ongoing charter in Ghana, which started in January 2018.

The gangway on board the vessel is excluded from the sale and will remain an asset for GC Rieber Shipping's vessels.

"The sale is expected to be completed in March 2021 and will result in a positive liquidity effect of approximately NOK 22 million [~$2.58 million] after repayment of the vessel`s outstanding debt," GC Rieber Shipping said.

The Norwegian company did not say who the buyer was, but said that the vessel would leave the offshore industry.

"This is the second sale of vessels since August 2020 and provides GC Rieber Shipping with a further strengthened balance sheet, enabling us to deliver on our strategy to develop new profitable and sustainable maritime projects", Einar Ytredal, CEO of GC Rieber Shipping said.

The Polar Queen was most recently used on a short-term charter by an unnamed client in Europe for work at an offshore wind farm.