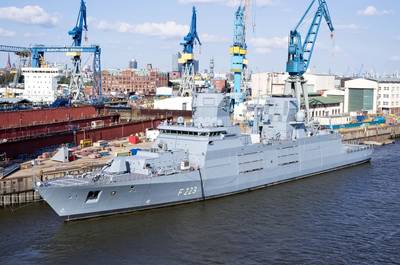 More tie-ups and mergers are needed in the warship industry, the German government said on Monday, adding it would play an active role in consolidation in what remains a fragmented sector shaped by political decisions.

Cooperation must be intensified in the industry in northern Europe, Norbert Brackmann, the German government's coordinator for maritime economy issues, told a conference, adding further consolidation was necessary and expected.

"That's why we have proactively supported talks among the big shipyards that are active in marine shipbuilding," Brackmann said, adding that a smarter division of labor was needed. "That makes such a cooperation between the German shipyards extremely helpful."

Last year, German shipyards Luerssen and German Naval Yards (GNYK) decided to merge their defense vessel units into a joint company to be led by family-run Luerssen to increase efficiency and improve their competitiveness.

Thyssenkrupp, which missed out on that deal, is also trying to find a partner for its Marine Systems division and has held talks with Italy's Fincantieri and France's Naval Group over the matter.