Great Lakes Limestone Trade Up 4.8% in May 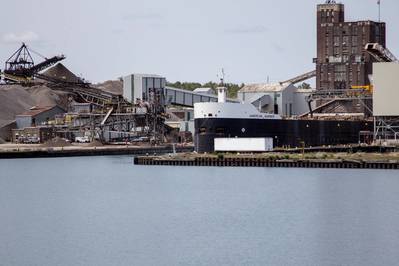 Shipments of limestone on the Great Lakes totaled 3.7 million tons in May, an increase of 4.8% compared to a year ago, reports trade group the Lake Carriers’ Association (LCA).

While the month’s totals were up year over year, May’s loadings were below the month’s five-year average by 2.9%.

Year-to-date the Lakes limestone trade stands at nearly 6.2 million tons, an increase of 6.9% compared to a year ago, LCA said.

Loadings from Michigan and Ohio quarries were up up 2.6% at 4.9 million tons total, and shipments from Ontario quarries totaled 1.3 million tons, a 26.2% jump.