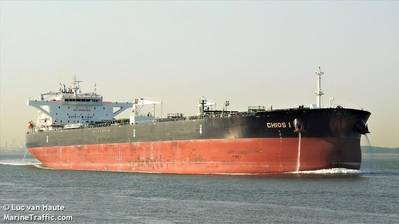 Three Greece-based shipping firms said they have halted trade with Venezuela after the United States imposed sanctions on vessels under their management, as Washington ramps up commercial heat on Caracas.

The U.S. government is seeking to choke Venezuelan oil exports to starve the government of socialist President Nicolas Maduro of its main source of revenue. Existing sanctions have cut Venezuelan exports sharply, but Maduro has held on.

The U.S. Treasury said on June 2 it had imposed sanctions on four shipping companies for transporting Venezuelan oil.

Athens-based Dynacom Tankers Management, which manages the Chios I tanker, among the ships blacklisted, said in a statement on Monday it was “committed to refraining from any future business involving Venezuela”.

It added that the tanker’s owner Seacomber Ltd, which Washington also designated, was co-operating with U.S. authorities to resolve the matter.

NGM Energy SA, which manages another vessel blacklisted, the Voyager I tanker, said separately on Friday that it had implemented “a strict policy against servicing vessels intending to call at Venezuela or to load cargo of Venezuelan origin in the future, absent express U.S. authorization”.

It said as a result, another tanker under its commercial management, the Commodore, had been “immediately diverted away from Venezuela, and will not return to that trade”.

NGM added that it was fully cooperating with U.S. authorities to reach “a timely resolution” of the sanctions against the Voyager I and its owner Sanibel Shiptrade Ltd.

Another leading Greek ship firm, Thenamaris, said it was fully cooperating with U.S. authorities to resolve sanctions against the Seahero tanker that it manages and the vessel’s owner Adamant Maritime Ltd.

Thenamaris said it had “adopted a firm policy prohibiting any carriage of crude oil from Venezuela for its vessels under management for as long as U.S. sanctions against Venezuela remain in place”.