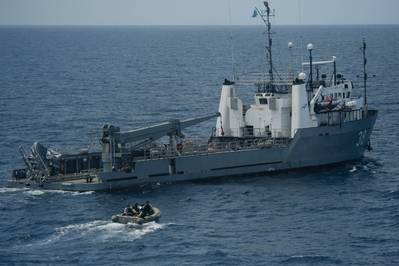 A man reportedly suffering from hallucinations was medevaced from a U.S. Navy supply vessel off the West Florida coast on Friday, the U.S. Coast Guard said.

The Coast Guard Cutter Dauntless crew was diverted to assist, and a cutter small boat crew transferred the man from the Navy ship to the cutter.