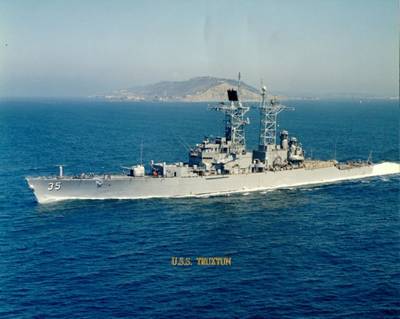 1883 - Installation of the first electric lighting on a U.S. Navy Ship completed on USS Trenton.

1920 - Radio station built by U.S. Navy and French Government transmits first wireless message heard around the world. At time it was the most powerful radio station in the world.

1965 - Launch of Gemini 5, piloted by LCDR Charles Conrad Jr., USN, who completed 120 orbits in almost eight days at an altitude of 349.8 km. Recovery was by helicopter from USS Lake Champlain (CVS-39).