This Day In Naval History: June 22 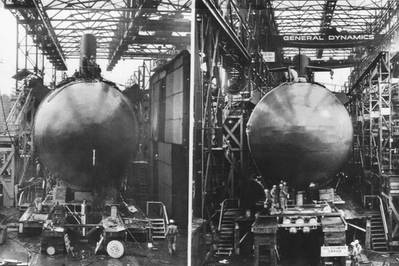 Flasher (SSN-613) (left) and Tecumseh (SSBN-628) are seen on the building ways at General Dynamics Electric Boat on 21 June 1963. They would be launched simultaneously on the following day. (Photo courtesy of Valllejo Naval and Historical Museum)