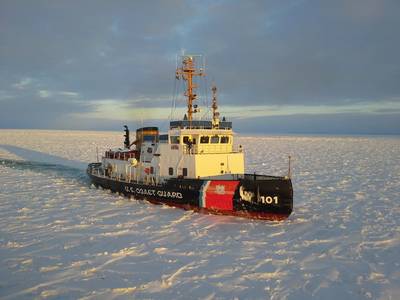 File photo: The US Coast Guard Cutter Katmai Bay, a 140-foot ice-breaking tug, escorts a motor vessel through Lake Michigan near Lansing Shoal, in 2014. The cutter was operating as part of Operation Taconite, which is the icebreaking operation for the northern Great Lakes. (U.S. Coast Guard photo by Daniel R. Michelson)

It's that time of year.

The US Coast Guard announced it has commenced icebreaking operations in response to expanded ice growth in the commercial ports of western Lake Superior.

The authority for Coast Guard domestic icebreaking was created in 1936, by Executive Order 7521 signed by President Franklin D. Roosevelt directing the Coast Guard to "assist in keeping open to navigation by means of ice breaking operations in so far as practicable, and as the exigencies may require, channels and harbors in accordance with the reasonable demands of commerce.”

Operations are based on the following order of priorities: search and rescue and homeland security; urgent response to vessels; exigent community services, which includes ice breaking for flood control and to assist icebound communities in immediate need of food, fuel for heat or energy, and medical assistance; and facilitation of navigation.

In the coming weeks, various commercial waterways may close after due consideration is given to the protection of the marine environment and the safety of island residents who, in the course of their daily business, use naturally-formed ice bridges for transportation to and from the mainland. 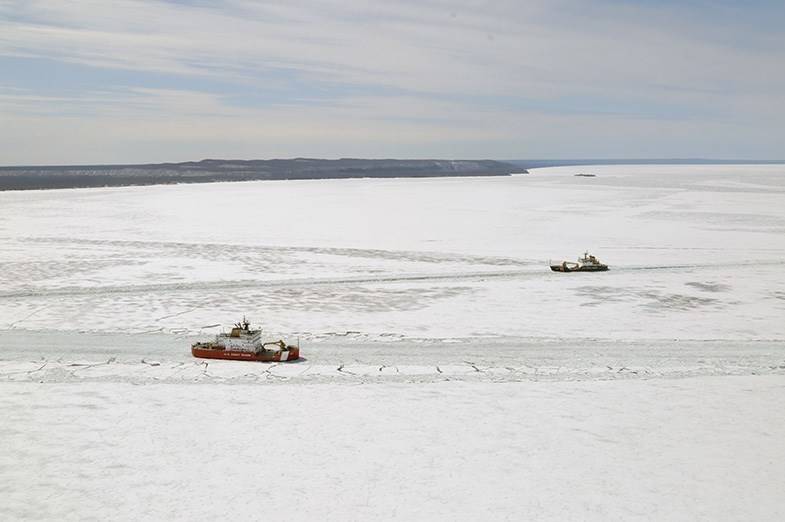 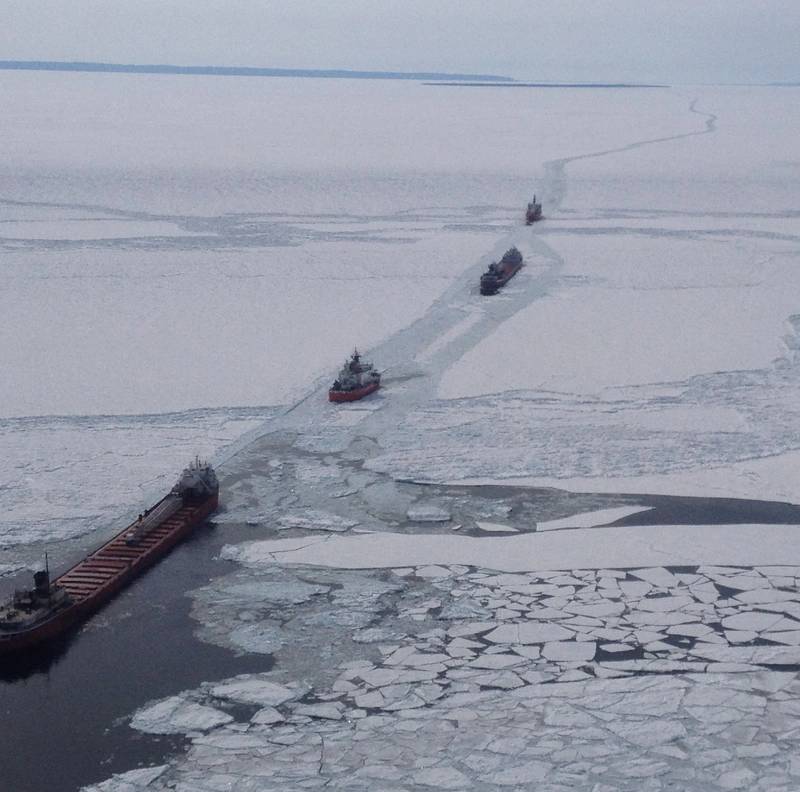 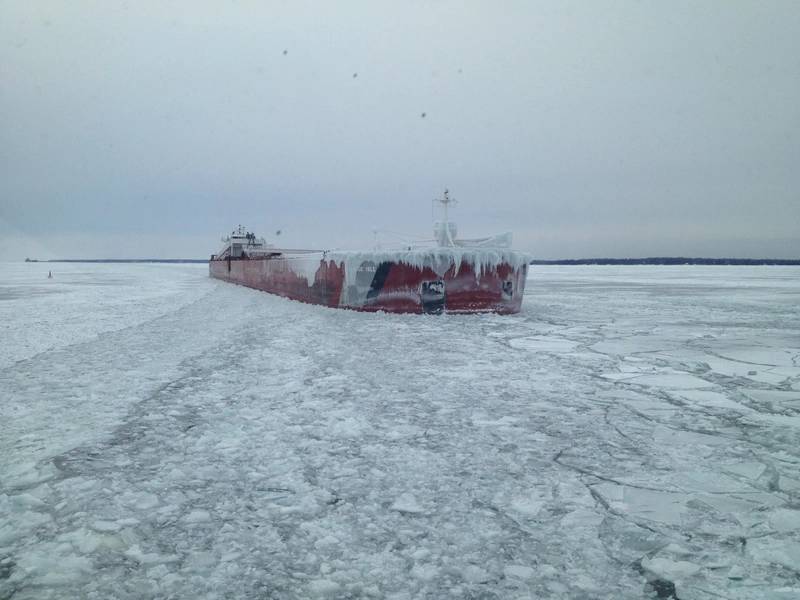 The crew aboard Coast Guard Cutter Biscayne Bay assists the 1,000-foot articulated tug and barge unit (ATB) Presque Isle, which was stuck just below Winter's Point Turn just south of Neebish Island, Mich. in 2013. The crew of Biscayne Bay steamed around the stranded vessel and broke ice to loosen the ice's grip on the vessel. (U.S. Coast Guard photo by Paul Junghans) 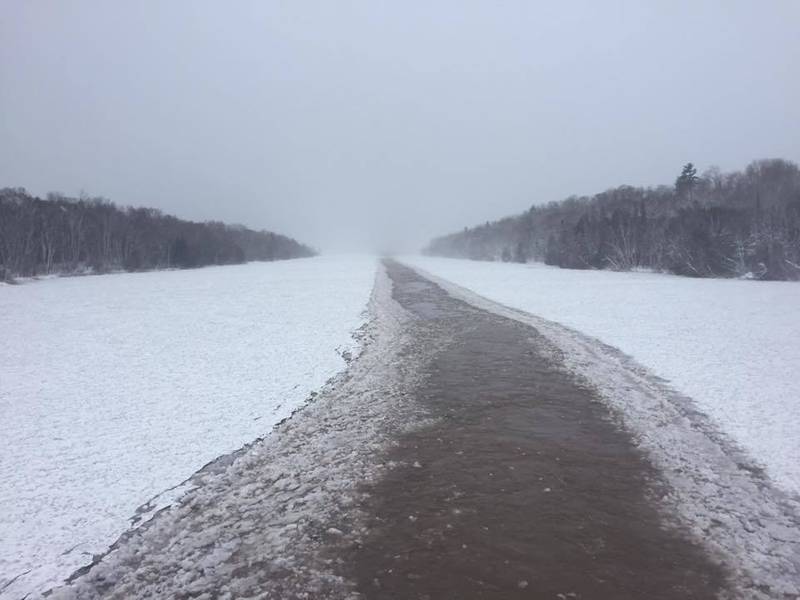 The Coast Guard Cutter Alder breaks a path through the ice in the Keweenaw Waterway near Houghton, Mich. in 2016. (U.S. Coast Guard photo) 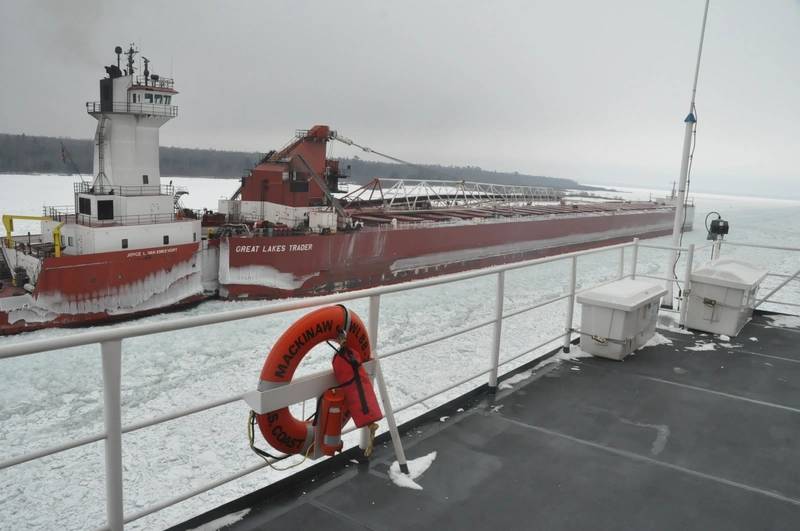 Coast Guard Cutter Mackinaw, home-ported in Cheboygan, Mich., passes port-to-port with the tug Joyce L. VanEnkevort and its barge the Great Lakes Trader in the Stribling Dike on the St. Mary's River in 2014. (U.S. Coast Guard photo by David Lieberman)

Australia’s newly completed icebreaker, RSV Nuyina, has left the Netherlands port of Vlissingen to commence trials in the…