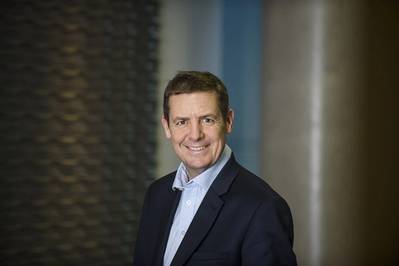 Acknowledging the need to be a leader in the transition to a lower carbon future and eventually net zero emissions, global trade association Interferry convened its 44th annual conference on the theme of innovation - exploring the potential to transform every aspect of the ferry industry.

The drive towards zero-emission ferries captured major attention among a record 420 delegates drawn to London earlier this month by a wide-ranging technical, operational and commercial agenda.  With climate change an issue shared by every ferry operator, the movement away from fossil fuels-powered ferry vessels was a featured topic alongside sessions including manned and autonomous vessel management systems, shipyard innovations, satellite network advances, a real-time solution for insurance risk analysis and data-based personalization of the passenger experience.

In a keynote address, International Chamber of Shipping secretary general Guy Platten said shipping was already one of the most environmentally-friendly means of moving goods, but still had room to improve on emissions reduction.  Acknowledging the ferry sector for being ‘at the bow wave of the latest propulsion revolution’, he stated:  “You are the pioneers in the shipping industry and will light the path.  What you do now, the industry will follow.  We want to learn from you in order to take the whole industry forward.”

And he offered this advice: “You can’t do it alone. Ferry operators are more exposed to public perception on emissions.  You need the support of consumers, policy makers and financiers – reaching beyond your own community to make sure of an equitable and affordable transition.”

Similar advice came in a keynote speech from futurist hi-tech author David Rowan, who observed: “The industry is a long way towards zero emissions, but the public needs to be reassured that you are embracing not only the best technology but also bringing the best young people on board.”

Various case studies presented at the conference showcased the seriousness with which the industry takes climate change, indicating that passengers are likely to see significant change over the coming decades.  Norled, a leading Norwegian operator, presented its plans to introduce a hydrogen-fuelled ferry in 2021 and stressed the value of government support for such environmentally sustainable initiatives.

Business development manager Kjell Ove Hatlem described it as ‘the next industry game-changer’ following his company’s launch of the world’s first zero-emission ferry, the all-electric MF Ampere, in 2015.

“By 2022, we will have 72 electric siblings,” he said.  “The green shift is already there for short routes but not for longer distances.  We think liquid hydrogen from clean sources such as wind, water or solar power will be the way.”

Mr Hatlem predicted it would be three or four years before Norway had its own hydrogen production and bunkering infrastructure, so initially the fuel would be imported from France or Germany by truck or sea.  “It’s one of the challenges but there is a very good partnership between our government and private companies,” he stressed.  “The government has set zero emissions as the criteria and provides funding and contract incentives to help achieve it.”

An update on another hydrogen-powered ferry project – the European Union-sponsored HySeas III consortium in which Interferry is a partner – revealed that the drive train is set to be assembled and tested on land, possibly next February.

Other presentations echoed the crucial role of such collaboration in the search for eco-friendly power alternatives.  Johan Rostin, CEO of Sweden’s ForSea Ferries, reflected on his company’s industry-leading switch from diesel-electric to fully electric operation by declaring: “To be the first mover is time consuming.  We didn’t anticipate the delays caused by lack of IMO rules on lithium batteries and the need for special crew training.”  Roger Holm, Wartsila marine business president, added: “The technology for cleaner, more sustainable fuels is more or less there but it’s not connected.  We have to talk and cooperate with other sectors, especially in an age when more and more people live near ports.”

Rabbitt to Join Hornblower as CEO