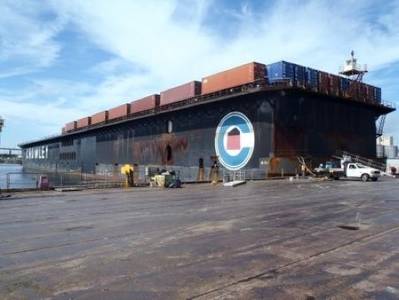 Watchstanders in the Coast Guard Sector Jacksonville, Fla. command center received notification from Crowley Marine that the 700-foot barge 'Miami' broke loose from its mooring and sideswiped the Crowley Terminal pier and the tugboats 'Ensign' and 'Patriarch'.

According to Crowley, the barge broke free of its mooring as a result of severe weather in the area.

A Coast Guard investigator and the Sector Jacksonville chief of inspections arrived at the scene. No injuries or pollution was reported. The pier and tugs were reported to have sustained minimal damage following the accident. The barge Miami was moved to a local repair facility.