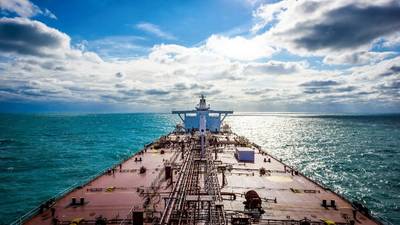 SEA\LNG has released the results of its third investment study, which underlines liquefied natural gas (LNG) as a compelling investment solution for Very Large Crude Carriers (VLCCs) on the Arabian Gulf to China trade route.

Conducted by Opsiana, the study demonstrates benefits of LNG as a marine fuel for a newbuild 300K DWT VLCC on the Arabian Gulf to China trade route, in comparison with other alternatives currently available and scalable to the shipping industry across three fuel pricing scenarios.

The study clearly indicates that LNG as a marine fuel delivers a strong return on investment on a net present value (NPV) basis over a conservative 10-year horizon. The analysis is bolstered by compelling paybacks from three to five years.

Peter Keller, Chairman, SEA\LNG, commented: “This is the third in a series of investment studies commissioned to support ship owners and operators in decision-making at this crucial time. In addition to the positive results of studies undertaken by Opsiana for the liner and PCTC segments, this study underlines the compelling investment case for VLCCs.”

The route was chosen because it is the major energy trade corridor from the Middle East to China. Providing greater clarity for those investing in LNG, the study highlights several key findings: compelling returns on an NPV basis, the diminishing CAPEX hurdle for LNG engines, LNG delivers competitive energy costs, has higher environmental performance, and is the most financially effective long-term method for complying with the IMO 2020 sulphur cap.

To ensure the best possible data was available to Opsiana, SEA\LNG members contributed maritime expertise and current, timely background information and data from across the LNG value chain to ensure a high level of creditability in the study and results.

While the results of this study are based on a set of fuel forecast assumptions, through the “Reader’s Choice” modelling, provision has also been made for each reader to apply their personal crystal ball on future prices. Impacts of other CAPEX values whose premiums may change as a result of differences across three principal categories – market, technology, physical – can also be incorporated.