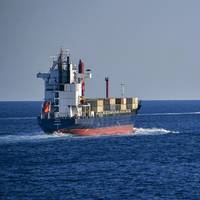 “Freedom” – the absence of subjection to foreign domination or despotic governmentIt has been decades since international relations in the world order dictated true competition for sea control, sea lines of communication, access to world markets, and diplomatic partnerships. However, it is becoming increasingly alarming that nations such as Iran, China and Russia seek to accumulate/consolidate power and re-define international maritime norms, potentially at the peril of diplomatic…

Ten crew members have been found dead and 14 have been rescued after two ships caught fire in the Kerch Strait near Crimea, Russia's transport ministry said on Monday, with a rescue operation still underway.The ministry said earlier on Monday that crew members were jumping into the sea to escape the blaze, which probably broke out during a ship-to-ship fuel transhipment.Both ships were under the Tanzanian flag - Candy (Venice) and Maestro - and had a combined total of 31 crew members. Of them, 16 were Turkish citizens and 15 from India, it said.An industry source told Reuters there were stormy conditions in the sea when the incident happened.The Kerch Strait between Russian-annexed Crimea and southern Russia controls access from the Black Sea to the Azov Sea…

Russia-Ukraine naval clash followed shipping holdups Ships bound for Ukrainian ports say they are held up while those bound for Russian ports go through.When the Island Bay cargo ship arrived from Beirut at the Kerch Strait, gateway to the Azov Sea, it sailed into a perfect storm of geopolitics and bad weather.The following day, Russia opened fire on three Ukrainian naval ships, impounded them and detained their sailors, some of them wounded. It then blocked the strait by putting a tanker underneath a new bridge it has built linking the Russian mainland to the Crimean peninsula it annexed from Ukraine in 2014.While the world digested the implications of the Nov.

Vessel sales for August 2015 (as of September 1) as prepared by Shipping Intelligence, Inc., New York.

Russian grain exports have picked up again after the decision to impose official export duties reduced the informal curbs that had all but stopped sales abroad, SovEcon agriculture consultancy said on Saturday. Russia, the world's fourth largest wheat exporter, introduced informal grain export controls last week to try and cool domestic wheat prices as exports hit record levels thanks to the slump in the rouble. Russia's main wheat buyers are Turkey, Iran and Egypt, which is very vulnerable to any disruptions in supply. Officials in Moscow have assured Egypt that deals to import 120,000 tonnes of wheat for delivery in January will be met, the state Al-Ahram newspaper quoted Egypt's supplies minister, Khaled Hanafi, as saying on Friday. 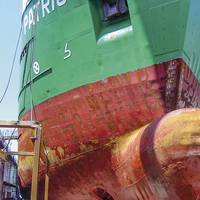 For as long as men have traveled and traded by water-routes, ice has been a nemesis for ships and their hulls. And with good reason since, on average, sea ice covers about 25 million square kilometers (9,652,553 square miles) of the planet—amounting to about two-and-a-half times the area of Canada. To wage ice battle, even in the earliest days of polar exploration, sailors used strengthened ships to ply icy waters. Naturally, these ships were originally wooden and based on existing designs but reinforced…

The vessel Tarantella features a variety of outstanding and unique characteristics representing an advanced concept of chemical tanker. Compared to earlier Trogir built tankers (Trogir and Azov Sea), the hull of Tarantella embodies a number of upgrading features such as: Execution of bulkheads, bottom and lower stools to facilitate drainage of the cargo /washing water to the practical minimum as described with "str 0.05" class notation; Introduction of trapezoidal corrugation (instead of rectangular) to enable 96 percent of tank surfaces to be exposed to direct jet from washing machines and therefore qualify for ETC notation; Strengthening of structure to suit for wider range of IMO 2 chemicals…