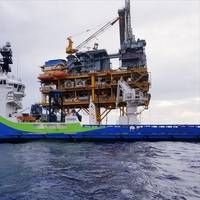 Lockport, La. based offshore support and subsea services provider Bordelon Marine said it has promoted Mike Belanger to chief operating officer and Chris Martin to general manager.Having served as Bordelon's general manager for 15 years, Belanger brings more than 40 years of industry experience to the COO position. During his tenure as GM, the company transitioned from operating utility vessels to opening a shipyard and building a trio of 260-foot DP2 subsea vessels that have been operated by Bordelon Marine for more than five years.

Training Tips For Ships - Tip #23: Is Your Training Technology Disaster-Ready? 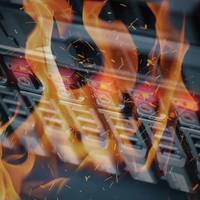 A customer once told me that they had just completed a business continuity analysis and had identified their LMS as their second most mission-critical technology - second only to payroll! Take a moment to consider how much you rely on training technologies to sustain your operations and compliance. How long could you comfortably go without your employees having access to training? How long could you go without access to your compliance records or your employees’ certificates? 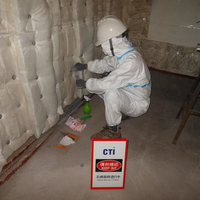 A significant number of existing and newbuild vessels are operating systems and machinery containing asbestos despite regulations introduced 10 years prohibiting the use of the hazardous substance on board, according to maritime testing facility Maritec.Maritec, which carried out asbestos surveys for IMO compliance between 2011 and 2020, said more than 55% of in-service vessels and 50% of all newbuilds were found to contain asbestos materials.John Rendi, General Manager, Environmental Services… 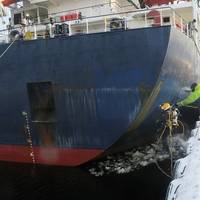 In just over a week Hydrex diver/technicians traveled to Finland, Germany, the Netherlands and France to assist shipowners with damaged propeller blades. On two bulkers the blades were cropped while on a third bulker and a general cargo vessel the bent blades could be straightened.In all cases the best solution was offered to the customer to restore the propeller’s efficiency as close to the original condition as possible.One of the propeller blades of a 180-meter bulker was severely bent. A fast, on-site solution to restore the propeller’s balance and efficiency was needed. 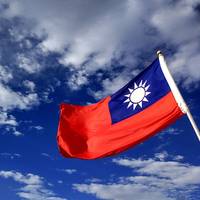 European countries are providing help for Taiwan’s indigenous submarine project, the island’s defense ministry said, in a rare admission that the sensitive program is not getting assistance solely from the United States.Taiwan, which China claims as its own territory, has worked for years to revamp its submarine force, some of which dates back to World War Two. It is no match for China’s fleet, which includes vessels capable of launching nuclear weapons.The U.S. government in 2018 gave the green light for U.S. 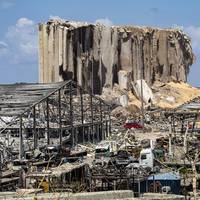 Germany will next week present a multi-billion-dollar proposal to Lebanese authorities to rebuild the Port of Beirut as part of efforts to entice the country’s politicians to form a government capable of warding off financial collapse, two sources said.A chemical explosion at the port last August killed 200 people, injured thousands and destroyed entire neighborhoods in Lebanon’s capital, plunging the country deeper into its worst political and economic crisis since the 1975-1990 civil war.According to two diplomatic sources with knowledge of the plans…

The Suez Canal: A Vital Transit Route With an Ancient History 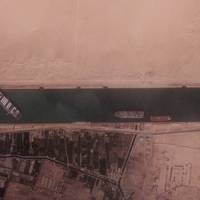 The Suez Canal, blocked by a giant container ship that ran aground on Tuesday, is the quickest sea route between Asia and Europe and about 15% of global shipping traffic moves through it.The 193-km (120-mile) waterway, run by the state-owned Suez Canal Authority, is a vital source of foreign currency for Egypt.How much oil goes through the canal?Of the 39.2 million barrels per day (bpd) of crude oil imported by seaborne methods in 2020, 1.74 million bpd went through the Suez Canal… 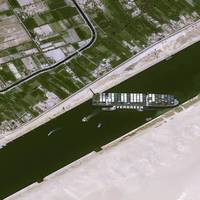 The Suez Canal stepped up efforts on Friday to free a giant container ship blocking the vital trade waterway that has sent shipping rates for oil product tankers soaring and disrupted the global supply chains for everything from grains to baby clothes.Shipping rates for oil product tankers have nearly doubled after the 400 meter long Ever Given, almost as long as the Empire State Building is high, ran aground in the canal on Tuesday.Efforts to free the vessel may take weeks and be complicated by unstable weather conditions…

Total to Supply LNG to MSC Cruises' Ships in Marseille 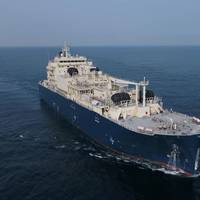 French oil and gas major Total has struck a deal with cruise line MSC Cruises to supply around 45,000 tons per year of LNG to MSC Cruises’ upcoming LNG-powered cruise ships to make calls in the port of Marseille (France).According to the statement on Thursday, MSC Cruises’ LNG-powered vessels will be amongst the most technologically advanced cruise ships in the world, bringing a range of environmental innovations to the market, including a 50-kilowatt, LNG-powered solid oxide… 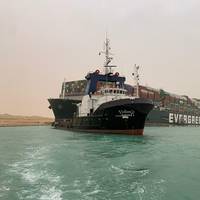 Oil prices jumped about 6% on Wednesday after a ship ran aground in the Suez Canal, and worries that the incident could tie up crude shipments gave prices a boost after a slide over the last week.The crude benchmarks, U.S. crude and London-based Brent, added to gains after U.S. inventory figures showed a further rebound in refining activity, suggesting U.S. refiners are mostly recovered from the cold snap that slammed Texas in February.Brent crude settled at $64.41 a barrel, gaining $3.62, or 6%, after tumbling 5.9% the previous day. 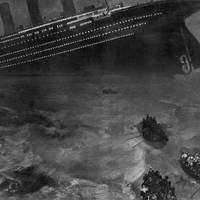 A widely-shared meme has taken several facts about the Titanic out of context to make unsubstantiated claims that imply the ship’s sinking was a deliberate act. This is not true—experts widely agree the sinking of the Titanic was an accident. The meme was posted to Facebook on March 1 and has been shared more than 600 times (here). It consists of two images: one of the ship and a second of American financier John Pierpont (J.P.) Morgan. These sit alongside a wall of text that…

Carbon Emissions from Trawler Fishing on Par with Aviation -Report 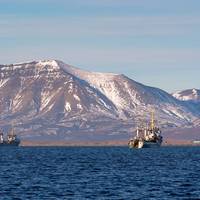 Trawling of the ocean floor by fishing fleets releases roughly the same amount of carbon emissions into the water as aviation puts into the atmosphere each year, researchers said on Wednesday, calling for greater protection of the planet's seas.In a study published in the journal Nature, a team of 26 scientists and conservationists said marine protected areas (MPAs) are an effective tool for restoring biodiversity, expanding seafood supplies and storing climate-heating carbon.But at present… 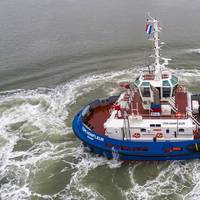 Dutch shipbuilding group Damen reports it has delivered two RSD Tugs 2513 to France-based Thomas Services Maritimes (TSM) for operations on the River Seine in the port between the Ports of Rouen and Honfleur (HAROPA – Port de Rouen).Like Damen, TSM is a family-owned company, something which played a part in Damen’s securing of the order, according to TSM CEO, Loïc Thomas: “We were looking for new tugs with the latest in vessel technology and we heard about Damen’s quality and reliability. 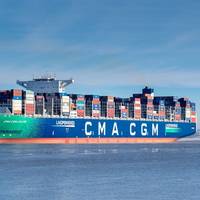 Container shipping group CMA CGM said on Friday that it expected activity to remain strong in the first half of this year after brisk demand for consumer goods boosted its profits at the end of last year.France-based CMA CGM said its fourth-quarter earnings before interest, tax, depreciation and amortization (EBITDA) reached $2.23 billion, compared with $1.01 billion in the year-earlier period.Quarterly group net profit came to $1.0 billion. 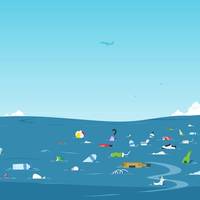 Preventing pollution from dumping of wastes at sea relies on global frameworks, regional conventions and protocols and national regulations, the UN's shipping agency, the International Maritime Organization (IMO) said. To be effective, these need to be aligned and implemented effectively. This was the subject of a March 2 meeting organized by IMO's Office of the London Protocol and Ocean Affairs (OLCP&OA) and UNEP/MAP.The meeting was attended by Barcelona Convention Contracting Parties… 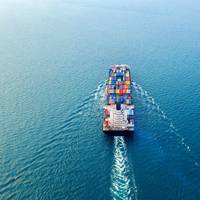 Canada-headquartered Nautel announced Wednesday that it has acquired France-based technology company Kenta, expanding Nautel’s offerings to customers in the maritime sector.Kenta was established in 1990 and has gained extensive experience in the development of Radio Frequency Communication Systems, mainly in the area of Global Maritime Distress and Safety Systems (GMDSS) for telephony or voice transmission. The company offers complete turnkey transmitter and receiver solutions for MF… 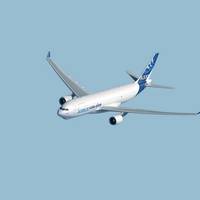 Shipping group CMA CGM on Friday announced the creation of an air freight division, backed by the acquisition of four cargo planes, as it continues to expand its non-maritime activities.The new unit, called CMA CGM Air Cargo, will use the four Airbus A330-200F cargo planes acquired by CMA CGM along with partnerships with airlines to develop worldwide coverage, the group said in a statement.The price of the planes, which originally went into service between 2014 and 2016, was not disclosed.CMA CGM is due to take delivery of the planes next month, a spokesman added.French-based CMA CGM, one of t 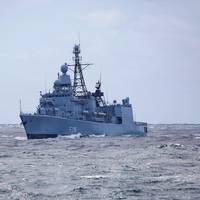 The United States on Wednesday hailed plans by NATO ally Germany to sail a warship across the contested South China Sea, calling it welcome support for a “rules-based international order” in the region, something Washington says is threatened by China.German government officials said on Tuesday a German frigate would set sail for Asia in August and, on its return journey, become the first German warship to cross the South China Sea since 2002.“The United States has a national interest in the maintenance of peace and stability… 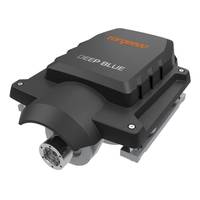 Electric propulsion and hybrid drives manufacturer Torqeedo said it ha established direct distribution in Norway to address the growing market for its systems in the region.Norway has a long tradition of seafaring and is a world maritime center for shipping, shipyards and maritime infrastructure, commercial fishing, offshore oil/gas, ferries, pleasure boats and a rapidly growing offshore wind industry.“Norway is a world leader in the movement toward electrification of land and water transportation… 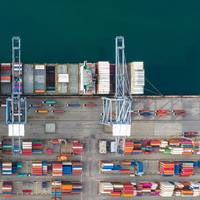 Britain is working to overcome post-Brexit difficulties complicating seafood exports and other shipments to the European Union, senior minister Michael Gove said on Thursday.“There are still some bureaucratic obstacles that we need to negotiate and navigate.

Michelin to Use Sailing Cargo Ships for Tire Transport 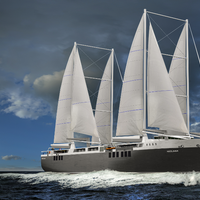 The Michelin Group said it signed a deal with French startup NEOLINE to transport its tires across the Atlantic aboard sailing cargo ships. The move aims to reduce CO2 emissions from the manufacturer's logistics operations.The partners expect to begin containerized tire shipments aboard NEOLINE's "wind-powered" vessels on a pilot line from Halifax (Canada) to Saint-Nazaire - Montoir de Bretagne (France) by 2023.NEOLINE, which already has transport agreements with companies such as Jas Hennessy & Co.… 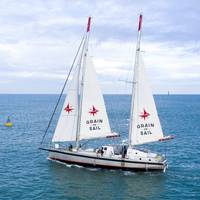 In a return to the age of the clipper, a French company is using a sailing boat to ply the trade routes that pre-dated steam power—and delivering wine and chocolate to environmentally conscious customers on either side of the Atlantic.Sleek and light like its larger predecessors, the aluminum-hulled “Grain de Sail” was custom built in a French shipyard and combines the technology used in modern yachts with a hold that can accommodate up to 50 tonnes of cargo.It docked at Saint-Nazaire, in France’s northwestern Brittany region, on Monday with 33 tonnes of cacao - the raw ingredient for chocolat 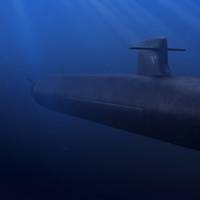