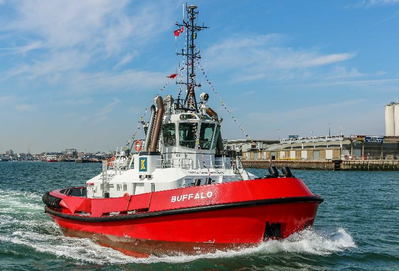 On May 15, 2019, the naming ceremony of the new Damen-built tug ‘Buffalo’ took place in the Port of Southampton, UK.

Kotug Smit Towage has taken four newly-built Damen tugs into service for its European harbor towage activities, in 2017 and 2018. The latest of this quartet, the ‘Buffalo’ is currently operating in the Port of Southampton.

Two of Svitzer’s senior UK-based executives will take up leading roles to support the voice of the British towage sector, the company  announced.