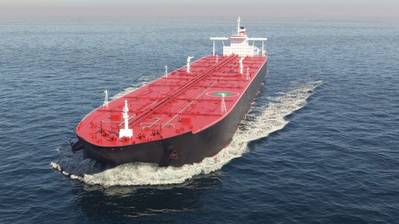 Standard Drilling, an offshore driller turned offshore support vessel owner, has now decided to make another shift in its game.

The company, which in 2013 sold off its offshore drilling rigs, only to return as offshore vessel owner in 2016, on Tuesday said it would enter the tanker market by acquiring a 33.3% ownership in a newly built VLCC.

Delivery from the yard, Daewoo Shipbuilding & Marine Engineering Co in Korea, is expected later this week. The purchase price of the VLCC is $106 million.

Standard Drilling will invest $36.5 million, including working capital, corresponding to 33.3 % ownership, in a VLCC tanker with delivery from Daewoo Shipbuilding & Marine Engineering Co in January 2020.

The investment is financed with 100% equity. The VLCC, with hull number 5469 and which will be named "Gustavia S", will be owned by a company registered on the Marshall Islands and owned 1/3 respectively by Standard Drilling, "and two highly experienced and well-known shipping investors."

Standard Drilling did not say who the investors were.

The VLCC is a 300 000 TDW ECO Design Crude Oil Tanker built by Daewoo Shipbuilding & Marine Engineering Co and fitted with scrubber technology delivered by Wärtsila. TMS Tankers Ltd will act as a technical and commercial manager.

Martin Nes, chairman of Standard Drilling said: "With delivery from the yard in January 2020, the new built VLCC will enter the tanker market at a time with significant demand for new build capacity fitted with scrubber technology.

"The joint investment with two well-reputed shipping investors and experienced operational managers brings efficient operations and a scalable platform in the VLCC market."

"Standard Drilling will continue to pursue attractive business opportunities and asset investments within the shipping and offshore industry, in line with the strategy of the Company that has been repeatedly communicated to the market," says Nes.

The company currently controls, directly and indirectly, a fleet of 13 PSVs; four (4) large PSVs 100% owned and nine (9) medium-sized PSVs with approximately 26 % ownership, including one (1) vessel on a bareboat contract.