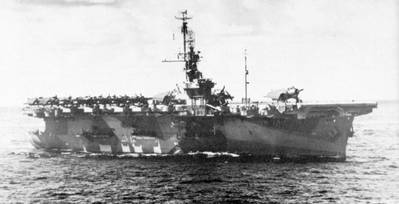 1775 - Commodore Esek Hopkins appointed to Commander in Chief of the Continental Navy.

1923 - Tests designed to prove the feasibility of launching a small seaplane from a submarine occur at Hampton Roads Naval Base. A Martin MS-1, stored disassembled in a tank on board USS S-1, was removed and assembled. Then the submarine submerged allowing the plane to float free and take off.