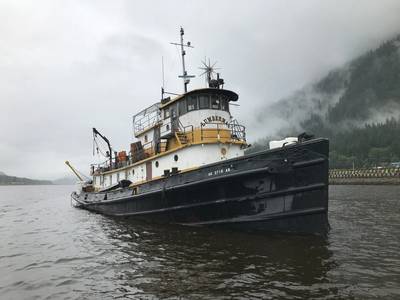 The abandoned tugboat Lumberman was scuttled off the coast of Alaska after it was determined to pose a significant public safety risk. (Photo: City and Borough of Juneau)

A derelict tugboat abandoned near Juneau, Alaska since 2016, has been towed to sea and scuttled in the Gulf of Alaska, the U.S. Coast Guard said.

The Lumberman had been causing problems for locals since it was abandoned in the Gastineau channel five years ago, and the decision was made to dispose of the vessel at sea after the 107-foot steel hulled tugboat was determined to be derelict and a significant risk to public safety, according to the Coast Guard.

The City and Borough of Juneau (CBJ), which has reportedly spent more than $230,000 dealing with the vessel over the years, began weighing its options to dispose of the vessel in 2019 over concerns for public safety and the possibility of racking up additional government expenses.

Coast Guard Sector Juneau accessed the Oil Spill Liability Trust Fund in 2017 to remove petroleum product and again in 2020 to secure the vessel when it became adrift in Gastineau Channel.

The Coast Guard Cutter John McCormick, a 154-foot Sentinel–class vessel, towed the Lumberman to a position 54 miles west of Cross Sound where it was sunk in over 8,400 feet of water on Sunday.

“Nuisance vessels are a challenge to address. In this case we were able to coordinate the appropriate resources to safely remove the threat Lumberman posed to navigation, the local environment and the community of Juneau,” said Cmdr. Byron Hayes, Sector Juneau response chief. 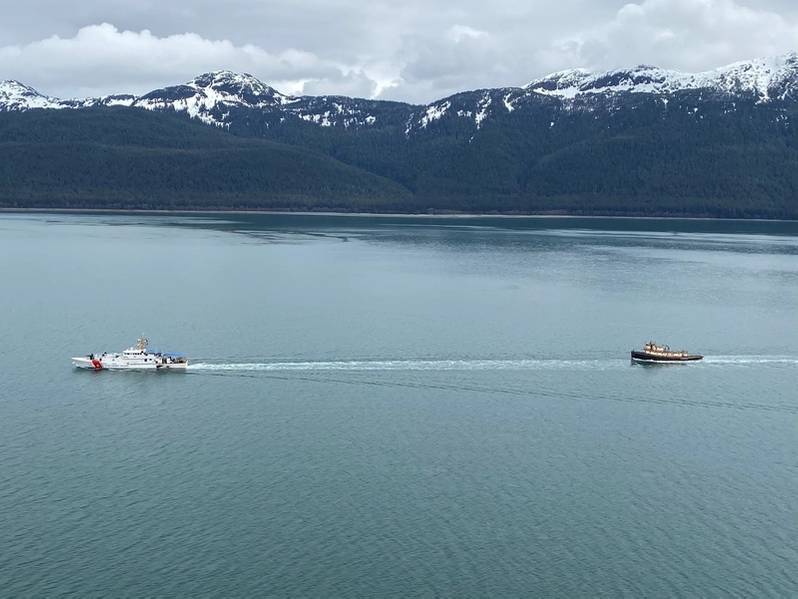 The derelict tug Lumberman is towed by Coast Guard Cutter John McCormick to a position54 miles west of Cross Sound, Alaska, to be scuttled in over 8,400 feet of water. (Photo: U.S Coast Guard)