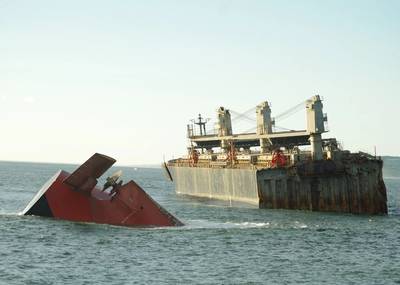 Japanese shipping firm NYK has sent ten employees to assist with the area clean-up after the NYK-chartered Crimson Polaris wood-chip carrier last week grounded and split up off the coast of Hachinohe, Japan, spilling oil into the sea.

The 2008-built wood-chip carrier that ran aground off Japan last Thursday carried about 1,550 MT of heavy oil and about 130 MT of diesel oil for fuel at the time of the grounding.

The 199.9-meter vessel, chartered by NYK from MI-DAS Line split into two pieces and began spilling oil on August 12 at 4:15 a.m.

NYK, which sent its workers to help with the cleanup on Thursday, August 18, said that under the guidance of the Maritime Disaster Prevention Center, the clean-up contractor arranged by the shipowner "has continued the clean-up of oil and cargo adrift and on the shoreline." 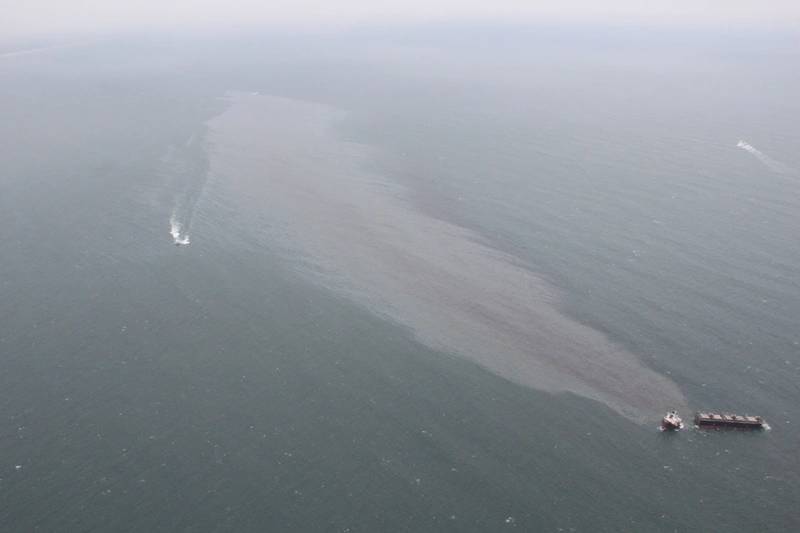 "As the charterer of the vessel, NYK has dispatched company personnel to the site to assist with the clean-up of the cargo and other debris that has washed ashore. The first group of 10 people were dispatched for two days and one night, and we plan to continue these dispatches of employee groups. In order to prevent the spread of the COVID-19, NYK workers take appropriate infection-control measures and work under the guidance of the cleaning contractor," NYK said.

"NYK has organized a crisis management center led by NYK president Hitoshi Nagasawa to rapidly address the situation. Company personnel have been sent to the site, and necessary support will be provided to the shipowner and ship-management company. We hope the situation will be bought to a safe and timely conclusion," NYK said.