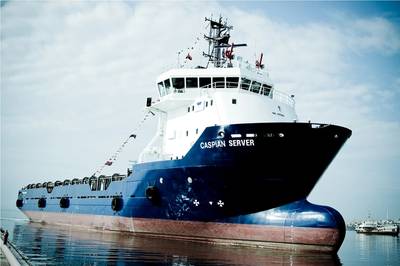 Under the terms of the agreement, Topaz will supply 14 offshore support vessels for a five year period plus two one-year options at current market terms, primarily in support of BP’s ACG and Shah Deniz II fields offshore Azerbaijan.

The agreement extends currently running contracts for the 14 vessels until 2023 including all options. These contracts bring Topaz’s global revenue backlog to nearly US$1.4bn and demonstrates the company’s competitiveness in the Caspian market.

René Kofod-Olsen, Chief Executive Officer, Topaz Energy and Marine, said, “We are humbled by BP’s continued trust in our capabilities and look forward to repaying that confidence by consistent world-class service. Our ability to secure long-term contracts with a reputed oil major such as BP reflects the value and quality of Topaz’s operations in the Caspian and globally. Our exemplary operational and safety track record and our commitment to Azerbaijan allow us to build our position in the face of a challenging market. The agreement provides a long-term platform from which to build further scale in the broader Caspian and adds significantly to Topaz’s credit strength through tremendous revenue visibility.”

Topaz’s fleet contracted by BP through this landmark agreement spans large anchor-handlers, platform supply vessels and emergency response and recovery vessels. Topaz’s total fleet serving in Azerbaijan numbers 21 vessels. Topaz has been active in Azerbaijan for several decades and is committed to Azerbaijan and the wider Caspian for the long-term, demonstrated through its high levels of localization and significant investments over many years.