Owners of Iranian Fuel Seized by US Assert Rights to Cargoes 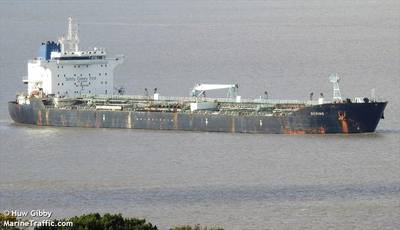 The owners of four Iranian fuel cargoes that were confiscated by U.S. authorities last month mounted a challenge to the seizure, asserting their rights to control the cargo, according to a court filing on Tuesday.

The U.S. Justice Department last month announced the seizure of 1.116 million barrels of fuel it said was destined for Venezuela. The oil industries of Venezuela and Iran, both OPEC nations, are under U.S. sanctions, and Iran earlier this year irked Washington by sending gasoline cargoes to Venezuela.

The companies said they had sold the cargoes onwards to United Arab Emirates-based Citi Energy FZC, but payment was due upon delivery, which was disrupted by the seizure.

"Therefore, Claimants Mobin, Oman Fuel, and Sohar Fuel retain a financial stake in those agreements and have immediate right to title, possession, and control of the Defendant Properties," the companies wrote.

Citi Energy did not immediately respond to a request for comment sent after normal business hours.

The companies also disputed the assertion that the shipments were bound for Venezuela.

"At the time they were seized, the Defendant Properties were destined for Trinidad for sale to customers in Peru and Colombia," the companies wrote in the filing.

Venezuela shares a maritime border with the Caribbean dual-island nation of Trinidad & Tobago, and a land border with Colombia.