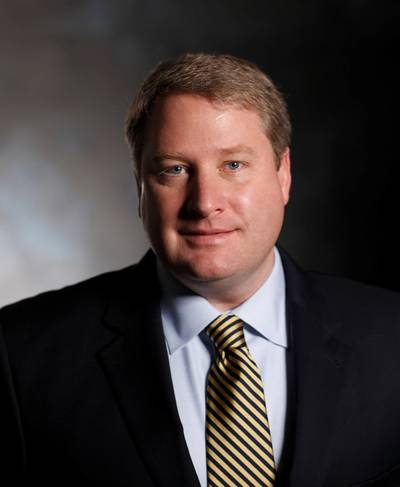 Adams and Reese partner Paxton, who also serves as President of the Shipbuilders Council of America (SCA)

Adams and Reese is proud to announce the addition of Partner Matt Paxton and Governmental Affairs Advisors Joe Carnevale, Ian Bennitt and Ashley Godwin, who join our firm in our Washington DC Office from the law firm of Ball Janik LLP.

“We are very excited about adding Matt, Joe, Ian and Ashley, to our Firm and our Federal Governmental Relations practice,” said B. Jeffrey Brooks, Adams and Reese Executive Committee Chairman and DC Office Partner in Charge. “They bring many years of governmental relations experience in DC, representing formidable clients across government, policy groups and the private sector in various industries, and they also hold notable legal and advisory positions for the Shipbuilders Council of America, the national trade association that represents the economic strength and security of our nation’s maritime industry.”

Paxton added: “Adams and Reese has a well-respected and prestigious GR practice in DC and also in several other states throughout the Firm’s regional footprint, and we look forward to working with our new colleagues and resources within Adams and Reese to continue to provide clients with high-quality representation at the Federal, state and local levels.”

Paxton serves as President of the Shipbuilders Council of America (SCA), while Carnevale and Godwin serve as Senior Defense Advisors, and Bennitt serves as Manager of Government Affairs. The national trade association represents 41 companies that own and operate more than 120 shipyard facilities on all three U.S. coasts, the Great Lakes, inland waterways system, Alaska and Hawaii. SCA also represents 97 partner members that provide goods and services to the shipyard industry.

Paxton has been practicing law since 2001, and he focuses his practice on maritime law and policy, fisheries law, natural resources development, and environmental policy issues. In addition to the SCA presidency in which Paxton works with member CEOs to develop and implement the organization’s policy goals through legislation in Congress and advocacy before the Executive branch, he also serves as the federal lobbyist for the Coastal Conservation Association, the nation’s largest marine conservation group dedicated to promoting the availability of coastal resources for the benefit of the general public. He regularly represents his association and commercial clients on ocean policy issues before the Council on Environmental Quality, Administration officials and federal regulators. Paxton earned his J.D., in 2001, from Willamette University College of Law, and he received his B.A., in 1997, in political science from the University of Washington.

Carnevale, a retired Rear Admiral, has more than 35 years of experience in ship design, defense acquisition and procurement, construction and life cycle support, representing governmental relations clients before Congress and federal agencies. Carnevale formerly served as the Director of Fleet Maintenance for the Commander, Fleet Forces Command. He received the 2013 Frank G. Law Award by the American Society of Naval Engineers (ASNE), and was a recipient of the 2013 Jack Flannigan award from the Marine Machinery Association, the MMA’s highest honor for his years of service to the maritime industry both as a Navy officer and his work encouraging the various maritime associations including MMA, SCA, the Society of Naval Architects and Marine Engineers (SNAME), and ASNE to work together to more effectively promote the maritime industry. Carnevale has a B.S. in Chemical Engineering from the University of Massachusetts, in 1971, and has two postgraduate degrees, an M.S. in Naval Architecture and Marine Engineering and an Ocean Engineer’s Degree from Massachusetts Institute of Technology, in 1980.

Bennitt focuses on government relations issues, including maritime policy, commercial maritime markets, labor, energy and environmental matters. He serves as Manager of Government Affairs for the SCA, managing congressional advocacy and acting as SCA’s liaison to industry coalitions and national alliances with industry partners, OSHA and the EPA. Bennitt earned his B.A. in English and political science, in 2005, from Skidmore College, and he received his M.P.A., in 2013, from American University in the School of Public Affairs.

Godwin has more than 15 years of experience in the legislative and executive branches of the federal government and in government relations for the defense industry. Her practice focuses on federal government budgeting and acquisition, with a particular emphasis on U.S. Navy and Marine Corps programs, small business programs, and the defense authorization and appropriations committees of Congress. Godwin has served in several high-level financial management positions with the U.S. Navy and Department of Defense, special assignments in personnel and national security for the White House, senior staff work for the Armed Services Committee of the U.S. House of Representatives, and private sector government relations. Godwin earned her B.A., with honors, in political science, in 1992, from the University of South Carolina.