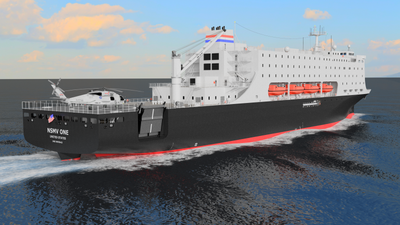 Philly Shipyard has been awarded a contract to build up to five National Security Multi-Mission Vessels (NSMV) that will enable at-sea training for America’s future mariners and support humanitarian assistance and disaster relief in times of need.

TOTE Services, selected in May 2019 by the U.S. Department of Transportation’s Maritime Administration (MARAD) as the vessel construction manager for the NSMV program, placed an initial order with Philly Shipyard for the first two vessels for delivery in Spring and Winter 2023, with options for the next three vessels, MARAD and Philly Shipyard announced in seperate statements on Wednesday.

The initial award valued at approximately $630 million supports engineering and detail design of the NSMV class as well as procurement of equipment and materials and construction of the first two ships. If all five ships are ordered and built in series, then the total contract value of the five-ship program would be approximately $1.5 billion. Construction of the vessels will not require any third-party financing, the shipbuilder said.

Congress has appropriated funding for three ships and the President’s budget request includes funding for the fourth training ship.

Philly Shipyard said engineering and planning work is already underway in conjunction with the shipyard’s technical partner, and final design and procurement will commence immediately with a scheduled production start on the first NSMV in early 2021.

The vessels will be owned by MARAD, which developed the initial concept for their design as a new class of purpose-built ships to replace the current training ships at the nation's state maritime academies in New York, Massachusetts, Maine, Texas and California.

The vessels will primarily be used to provide cadets with required at-sea training on operational vessels, and to introduce them to the work of a merchant marine officer. The new ships will maximize the capabilities to educate future mariners by providing first-of-its kind training facilities, including dual engine rooms and pilot houses and the latest in maritime technologies with space to train up to 600 cadets at sea.

In addition, each ship will feature modern hospital facilities, roll/on-roll/off and container storage capacity, a helicopter pad and the ability to accommodate up to 1,000 people in times of humanitarian need, disaster relief or delivery of preferenced cargoes.

Shipyard boost
The order also gives a needed boost to a shipyard that last delivered a newbuild vessel in March 2019. A lack of long-term newbuild work forced Philly Shipyard to idle areas of its shipyard and lay off employees in 2018 and 2019.

Jim Miller, Chairman of the Board of Directors of Philly Shipyard, said, “Beginning two years ago, management boldly faced many challenges and systematically mapped out a strategic plan to transform the shipyard into a facility that can perform government related work. Through skillful deliberation, they have successfully executed that plan, while preserving a good financial platform on which to move forward. We are confident in the yard’s ability to continue to rise from here.”

The contract will allow Philly Shipyard to reconstitute its workforce in preparation for commencement of the new production work in early 2021. The total workforce at Philly Shipyard at full capacity is approximately 1,200.

“Investing in maritime education creates more American jobs,” said Maritime Administrator Mark H. Buzby.  “By the selection of Philly Shipyard, Inc., as the construction shipyard for the NSMV, this effort is not only bolstering the U.S. Merchant Marine, but the U.S. economy and vital transportation infrastructure as well.”

Steinar Nerbovik, Philly Shipyard President and CEO, said, “We are thankful for the trust that TOTE has placed in us, and for all of the support we have received over the last year, especially from our unions and our local and federal stakeholders. Securing this award is a major milestone in our strategy to reposition the yard for government and commercial projects. We look forward to delivering on our promises.”

Jimmy Hart, President of the Metal Trades Department, AFL-CIO, said, “On behalf of skilled shipbuilders throughout North America, the Metal Trades Department, AFL-CIO, offers its praise and thanks to a committed collaboration of great Americans that stretched from skilled workers to a persistent shipyard management, and willing, able partners in the White House and halls of Congress that committed to building and promoting our nation’s workers and the shipbuilding industry.” 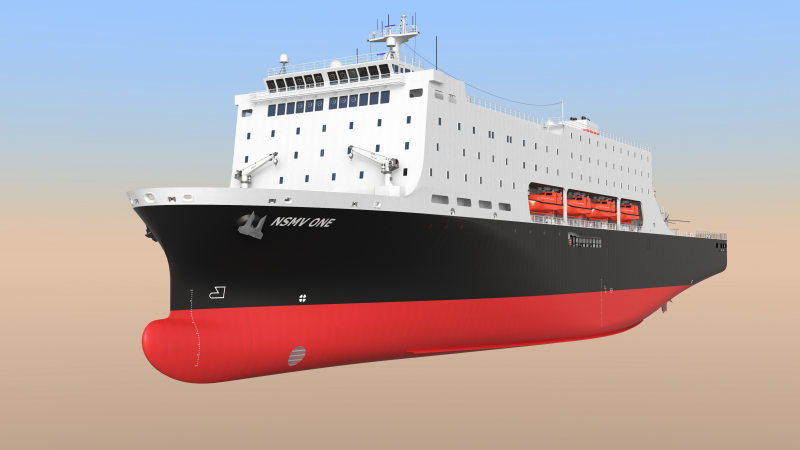 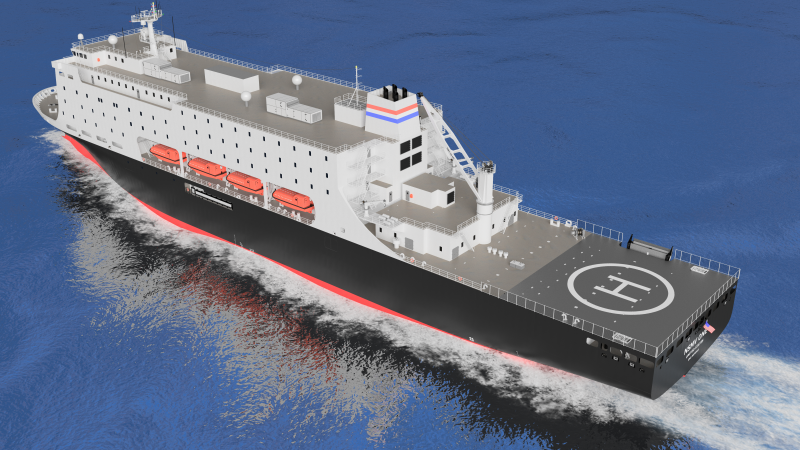