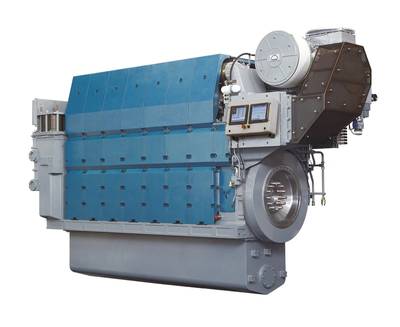 Zamakona Yards, one of Spain's main shipbuilding and ship-repair groups, has signed a contract with Haifa Port Authority for the construction of Haifa, a Voith Schneider tug boat, to aid in port operations. The newbuilding will be powered by two MAN 8L27/38 engines with delivery set for August 2015.

Haifa will be a sister to the Ilan I, which began towing and general harbor operations at Haifa Port in 2012. With a length of 31.5 m and a 12.5-m beam, the new vessel’s Voith Design hull will have a bollard pull of 70 t. It will be equipped with a minimum of two monitors, each able to discharge 1,500 m3/h at a pressure of 14 bar, and will be classified by Lloyd’s Register with FiFi 1 notation.

The new tug will be equipped with 2 Voith 32R5 propulsion units coupled to the two MAN 8L27/38 main engines, each developing 2,670 kW. This particular set-up will maximize harbor maneuverability and minimize emissions as well as noise and vibration levels. Voith Schneider propellers are specialized, highly maneuverable marine-propulsion systems that can change the direction of thrust almost instantaneously. They are widely used on tugs and ferries.